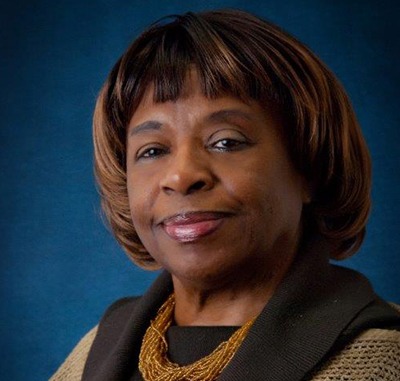 NVP James began her federal career as a member in the U.S. Army Tank Automotive Command in Warren, Michigan, where she became the AFGE Local 1658 president. She held that position for 12 years. She began a second career with AFGE and is on her 22nd year -- eight years as a national representative and 14 years as an NVP.  She served 3 consecutive terms as District 7 National Women Coordinator. She was also elected president of the Southern African Committee and Michigan Coalition of Human Rights.

As NVP for District 7, she serves as Chair of the Education Committee, and is a member of the National’s Organizing Committee, Legal Rights Committee, International Affairs Committee and Communications Committee.

She also serves as an executive board member of the Illinois State AFL-CIO and as a delegate to the Chicago Federation of Labor AFL-CIO.

NVP James is from Detroit, Michigan, and graduated from Wayne State University.