To learn about what you do to turn this budget around visit this page. 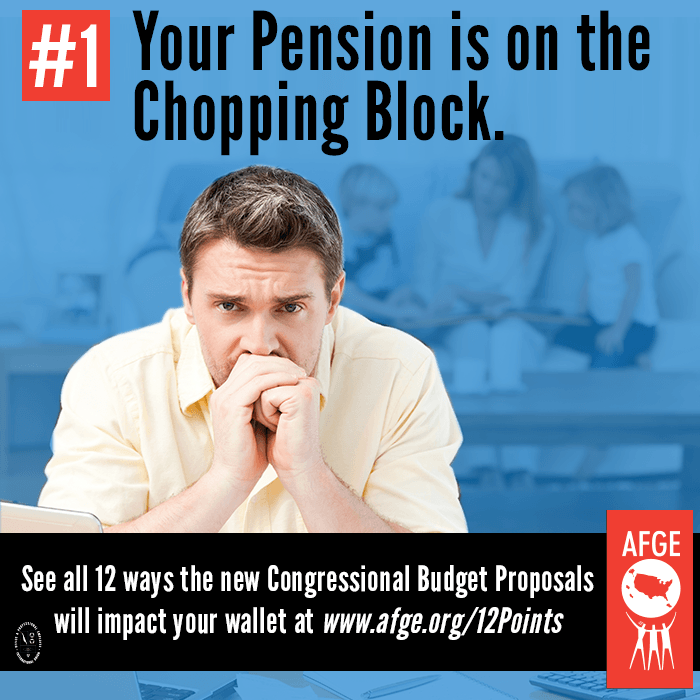 Both proposals would require you and all federal employees to contribute an additional 6% of your salary to get the same pension plan you currently have – roughly $127 billion in savings from 2016 through 2025. This is the same as a permanent 6% pay cut, or working without pay for three weeks every year. There are also $32 billion in cuts from the Thrift Savings Plan G-Fund, which would reduce the rate paid to retirees for investments in the G-fund.

These cuts leave many retirees and employees near retirement in the lurch because they organized their financial futures around a set of promises the government made to them while they served their country.

Your Health Care in the Crosshairs? Your health insurance is on the chopping block. The House proposal would slash more than $60 billion by vouchering federal employee health benefits. The FEHB benefit would grow at a rate below health care inflation. Over time, a larger share of health care costs is pushed onto the individual. 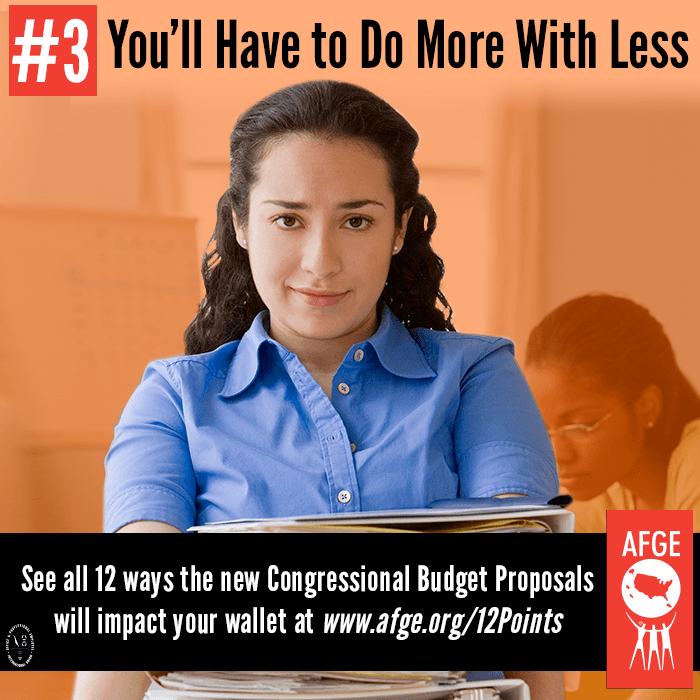 You’ll Have to Work a Lot Harder. Under the Senate proposal, you would have to shoulder other people’s workload as agencies would not fill every vacancy when one of you leaves or retires. The House proposal would actually reduce the “non-security” federal workforce by 10%, or $59 billion dollars worth of staffing cuts to federal agencies without any assessment of the impacts of those reductions on government services. 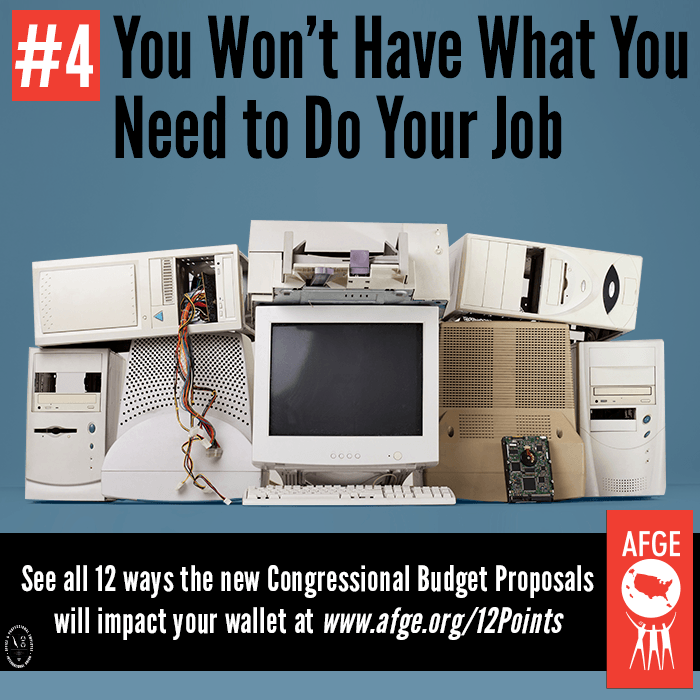 And You Won’t Even Have the Tools You Need to Do Your Job. Both versions leave in place reckless, job-killing sequestration cuts that prevent your agencies from carrying out their mission. That means less resources to cure deadly diseases, protect air travelers, rescue victims of natural disasters, protect our borders, protect food safety, keep criminals off the streets, and more. 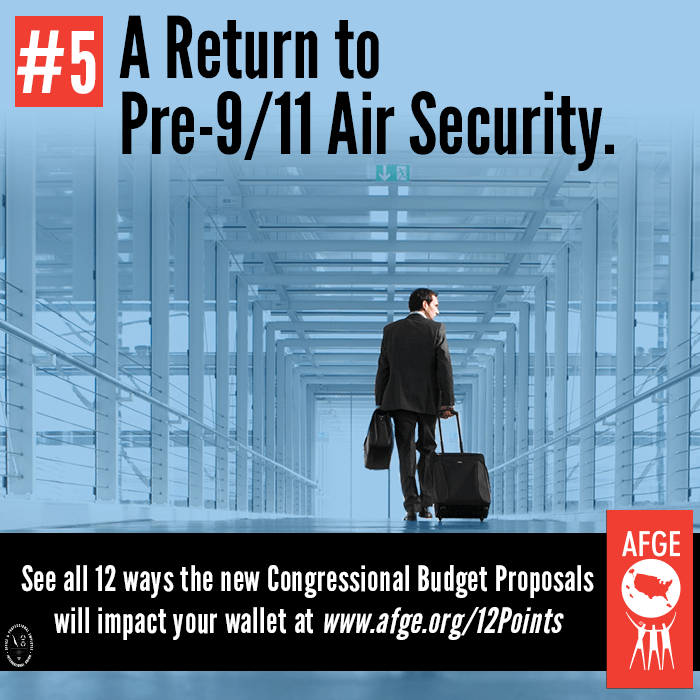 A Return to Pre-911 Airport Security. The House budget calls for a return to the pre-9/11 airport security by requiring TSA to hand over control of airport security at more airports to for-profit companies, endangering air travelers and our nation’s security. 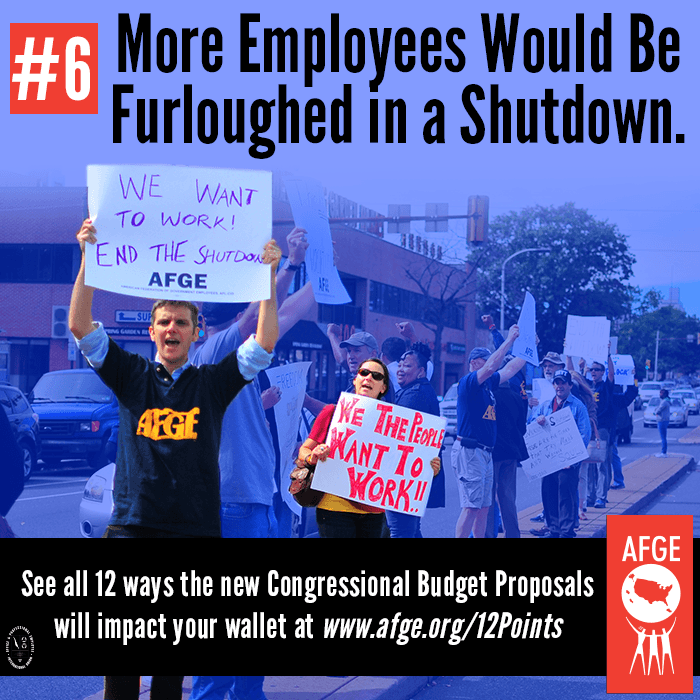 More Employees would be Furloughed in a Shutdown. The House version would take away fees-based agencies’ ability to fund their programs and shield themselves from a government shutdown. The budget proposal would require these programs that are currently funded through fees to be funded through the annual appropriations process.

Seniors get the Short End of the Stick. The House version would turn Medicare into a voucher program, thereby putting the lives of seniors in the hands of for-profit insurance companies. 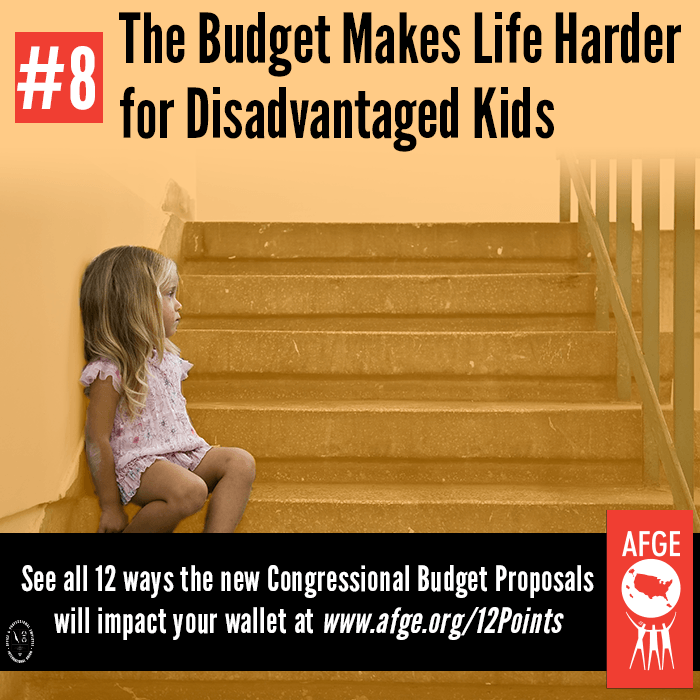 Poor Children get an Even Shorter End of the Stick. Both versions would take away health coverage for many poor children, people with disabilities, and seniors in nursing home.

A Manufactured Crisis in Social Security? The House proposal would make it more difficult for Congress to prevent a 20 percent cut to Social Security benefits. New rules prevent Social Security from using resources in one fund to cover shortcomings in another, like it has successfully for years. Proposals that undermine Social Security undermine everyone’s retirement, including federal employees’. 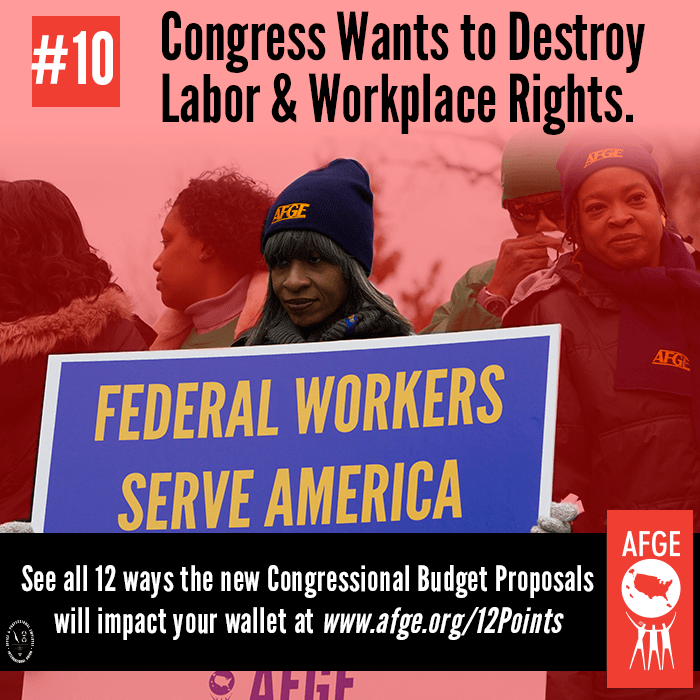 They Want to Destroy the Labor Movement and Your Workplace Rights. The process of forming unions is already skewed in favor of employers. The Senate proposal would make it even more difficult for workers to join a union to ensure fair compensation and treatment in the workplace. 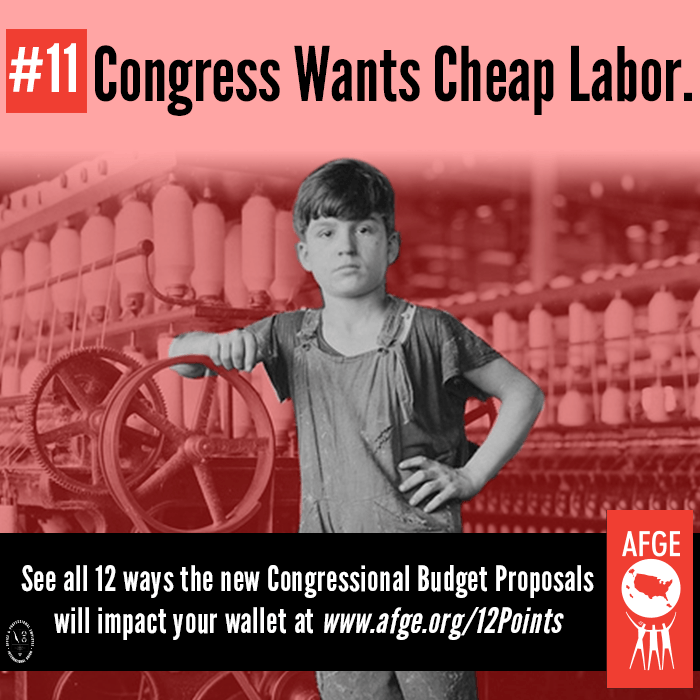 They Are All for Cheap Labor. The Senate proposal would enrich companies doing business with the federal government by repealing the law that requires them to pay workers local prevailing wages. 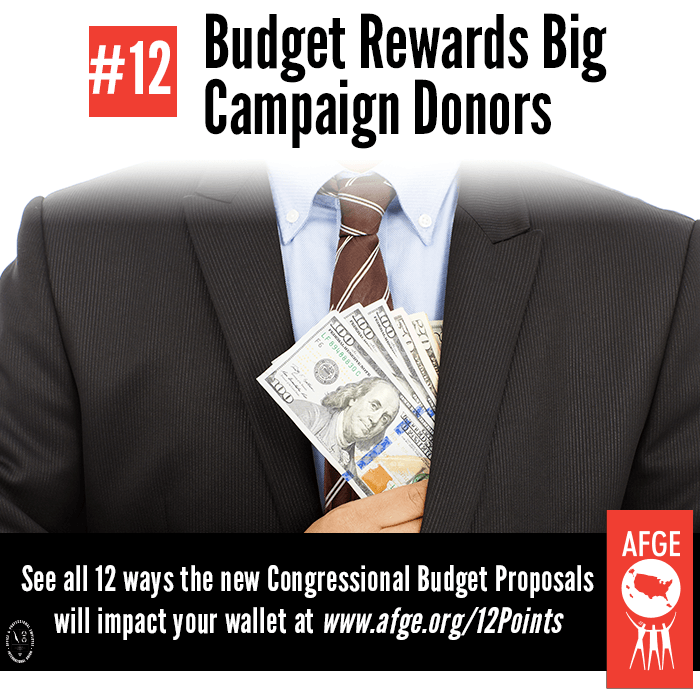 They Are Enriching Their Campaign Donors. Both proposals would reward Wall Street firms that caused the financial crisis in 2008 either by weakening or repealing vital financial security designed to prevent the next financial crisis. Both budgets would lower taxes that mostly benefit big corporations, and both call for weaker regulations on corporations so they can enrich themselves at the expense of everything else, including the environment.

The proposals also cut $40 billion from the U.S. Postal Service and adopts a number of cost-cutting measures including some to reduce the health care and life insurance benefits for postal workers. The Senate proposal is vague, doesn’t have much details, and doesn’t always mention specific programs or laws it’s targeting. For example, it avoids mentioning Dodd-Frank, the law designed to protect Americans from greedy Wall Street investors and bankers, when it proposes to weaken it.

Both budgets now go into conference committee where the representatives and senators will work to resolve the differences between the documents and agree on a single budget that both chambers must vote to approve.