AFGE Salutes Federal Employees Killed in the Line of Duty

Workers Memorial Day is April 28, 2014. AFGE wants to use this opportunity to honor federal employees who lost their lives protecting and serving the American people: 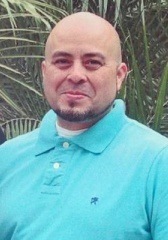 TSO Gerardo Hernandez, killed by an anti-TSA gunman at the Los Angeles International Airport on Nov.1, 2013.

BOP Lt. Osvaldo Albarati, killed in an ambush attack Feb. 26, 2013 while driving home from the Metropolitan Detention Center Guaynabo in San Juan, Puerto Rico. All indications are that his murder was a result of his investigations into cell phone smuggling at the prison.

“Words can’t even begin to describe the pain we all feel when one of us is taken away too soon,” said AFGE National President J. David Cox Sr. “These officers were our everyday heroes who made the ultimate sacrifice serving the American people. Their work didn’t make headlines but made a big difference in the community they served. It is an honor for AFGE to get to represent these officers and other federal employees who have done so much for this country.”

The Office of Personnel Management has estimated that since 1992, about 3,000 federal employees have been killed in the line of duty. To prevent more deaths, AFGE has been pushing for better protections for employees, including an armed unit within TSA and pepper spray for BOP employees. BOP has made progress in providing pepper spray to workers, but TSA has downright rejected our proposal and continues to rely on the patchwork of local law enforcement agencies.

“It broke my heart when a father or mother has to grieve the death of their child simply because we refuse to do everything we can to protect those who protect us,” Cox said. “But we will continue to fight on behalf of these officers so no families will have to go through the pain of losing their loved ones again.”