Three things are about to happen on Dec. 3 if Congress doesn’t get their act together. 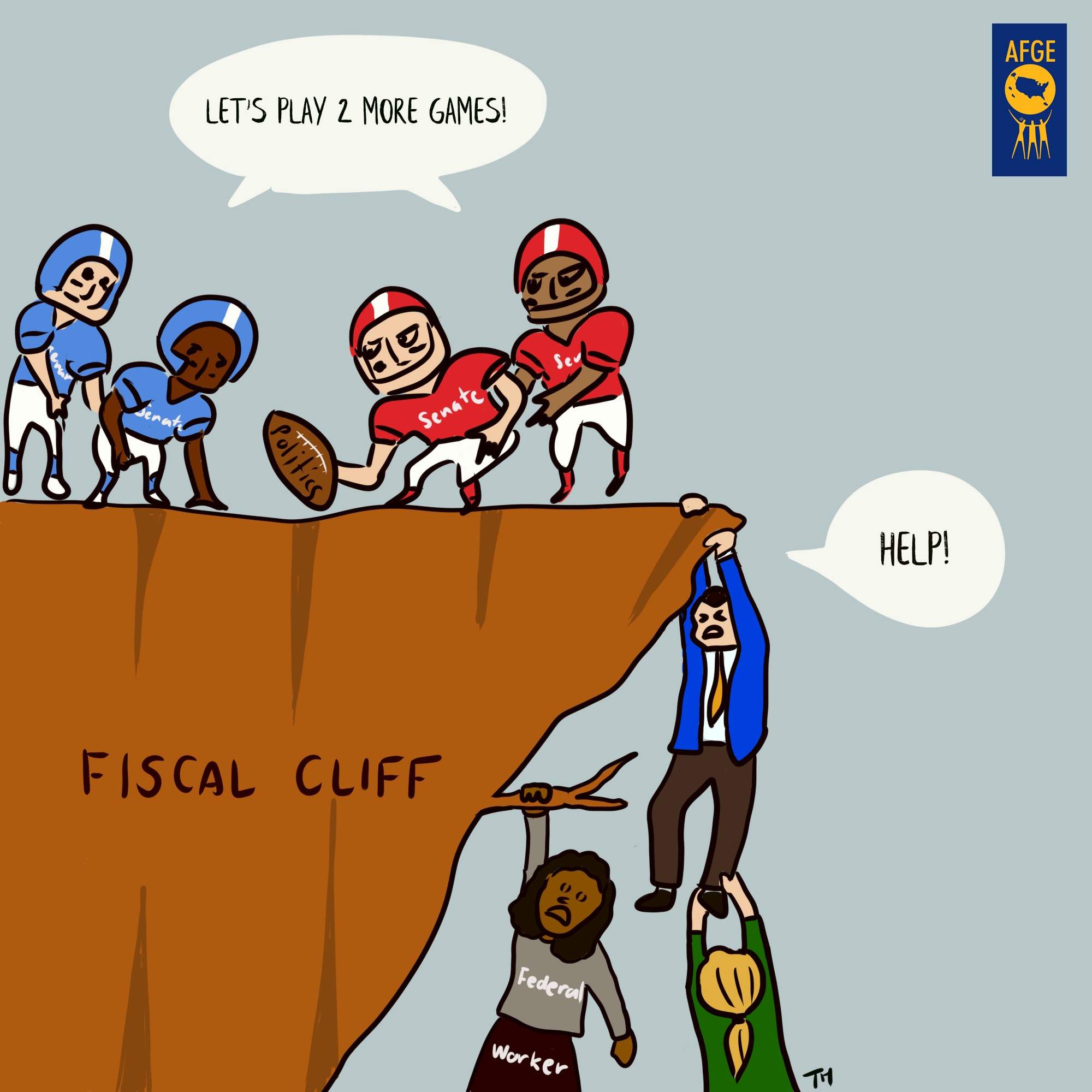 First, short-term funding for federal agencies, known as a continuing resolution (CR), will expire. Unless Congress acts before then, that means a government shutdown. If that were to happen, essential workers would be required to work but may not get paid until Congress has approved a new funding measure.

Second, the federal government may not be able to pay its bills if Congress doesn’t raise the debt ceiling limit to pay for things it has already approved. If Congress fails to act by Dec. 3, it could create an unpredictable situation in which the government has to choose which bills to pay. We can't let politicians force our government into a decision between paying bondholders or paying federal workers.

The clock is ticking. We are a few weeks away from a massive fiscal cliff for what feels like a hundredth time.

“As they are haggling over reconciliation of the Build Back Better and infrastructure economic package, we are moving precariously closer to Dec. 3,” said AFGE Legislative Director Julie Tippens. “With a holiday week or two in between, we don’t have many days to address funding for all of FY22 and the debt ceiling.”

AFGE is urging members of Congress to come together and pass legislation that will keep our country moving.

We’re also urging Congress to pass measures that will improve the lives for working people who serve our government with honor and distinction, such as equal locality pay, a 3.2% pay raise, and workplace rights for Transportation Security Officers.