Here’s What Happened When AFGE Attended the AFL-CIO Convention

AFGE members and leaders came out in numbers for the AFL-CIO convention in St. Louis last month. Why was it important for us to attend the convention? AFGE is part of the AFL-CIO, a federation of 56 national and international labor unions that represent 12.5 million working men and women. The AFL-CIO convention was the year’s biggest gathering of working people. We came together to brainstorm, learn, and inspire each other to move the labor movement forward.

This year, AFGE was featured prominently as the union that has seen an increase of membership for 25 consecutive years despite challenges and attacks on many fronts. AFGE members have shown that when we band together, our voice is stronger and we can accomplish great things. Here’s a recap of AFGE’s presence at the AFL-CIO convention.

2. AFL-CIO delegates passed AFGE resolutions to work with AFGE to fight privatization of the VA and to restore workplace rights for VA employees (lead image). 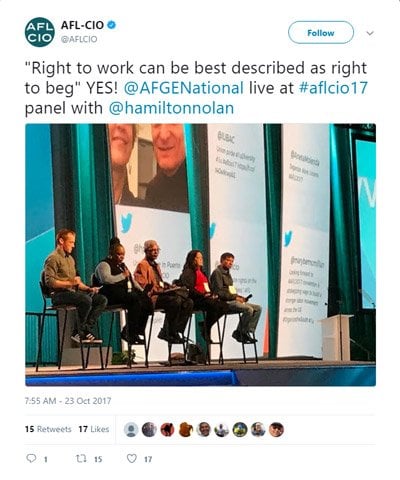 4. AFGE President J. David Cox Sr. participated in a press conference about the importance of organizing. 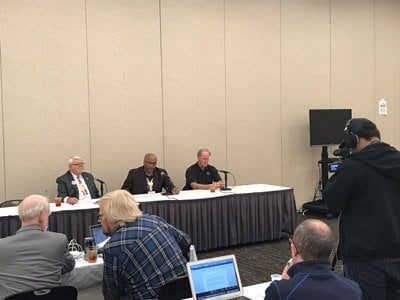 5. AFGE Council of Prison Locals President Eric Young talked about the need to end overcrowding and understaffing in America's prisons on the Rick Smith Show.

7. AFGE Council of Social Security Field Office Operations Locals President Witold Skwierczynski spoke in support of paid leave for all workers as part of a workers’ bill of rights.

8. AFGE YOUNG coordinator for AFGE Local 1456 Francis Nichols III spoke in support of access to quality healthcare for all workers as part of a workers’ bill of rights. 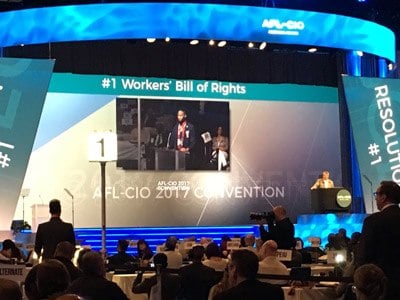