AFGE In The News 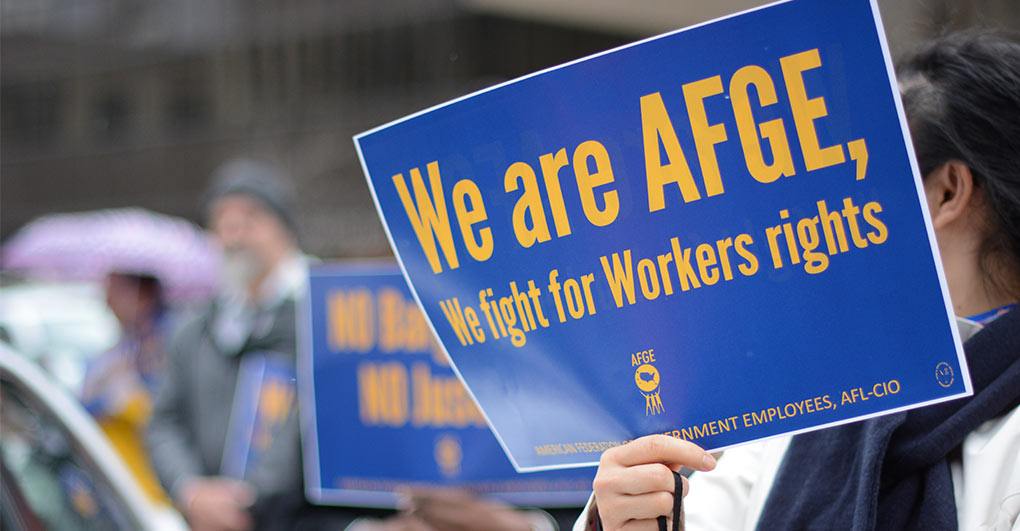 All of the furloughed employees are working capital fund employees, meaning their salaries are paid from revenue generated by the work that they do. The temporary layoff prevented these employees from doing their jobs, which resulted in lost income for the Corpus Christi Army Depot, Local 2142 Chief Steward Kenneth Weeks said.

AFGE mourns the death of member Javier Vega, a Border Patrol agent at the Kingsville Border Patrol Station in Kingsville, Texas. Agent Vega was off duty and fishing with relatives on Aug. 3 when two men attempted to rob them and opened fire, fatally wounding Agent Vega.

AFGE Stands in Solidarity with APWU to Stop Staples

AFGE members have helped save Benefit Verification Forms, an essential service at Social Security Field Offices that is used by millions of senior, disabled and middle class Americans across the country.

Thanks to AFGE, the U.S. Coast Guard has decided not to proceed with its decision to contract out mailroom functions at the USCG National Vessel Documentation Center in West Virginia. AFGE Council 120 in June learned that the Coast Guard was planning to outsource the mailroom functions currently performed by 16 employees represented by AFGE Local 43.

Congratulations to National President J. David Cox, Sr. on his appointment to the National Council on Federal Labor-Management Relations.

I Am AFGE: Meet Gabrielle Martin

Gabrielle Martin has seen a lot of change in her time at the Equal Employment Opportunity Commission, as the civil rights agency’s mission has expanded to cover a broader range of protected classes. Unfortunately, one thing that hasn’t changed is the lack of resources afforded the tiny Executive Branch agency.

Independence Day is a time to celebrate the birth of our nation and show appreciation for all of the struggles, sacrifices and successes that have made this country the envy of the world.

Jean and Don Williams came to the Lycoming County Court House in Williamsport, Pennsylvania, on Wednesday to join AFGE and Pennsylvania Senator Pat Toomey to push for passage of a bill that would provide protections to Bureau of Prisons correctional officers.

It's not a secret that the Transportation Security Administration is one of the most anti-worker agencies in the federal government. Airport managers break their own rules and regularly refuse to comply with the labor-management contract. But TSA in Norfolk, Virginia, took ridiculousness to a whole new level.

Family and Service at the VA

AFGE VA Local 2328 member Linda Fitzgerald tells the touching story of her daughter and her service at the Department of Veterans Affairs.

The U.S. Postal Service is adding more low-wage jobs to the economy by outsourcing work to low-wage employer Staples and replacing USPS workers with Staples workers who average only $8.50 an hour. The USPS-Staples deal, which established postal counters in more than 80 Staples stores with plans to expand the program to Staples’ 1,500 stores, doesn’t make any sense also because Staples is closing at least 225 stores by the end of 2015. The closing of postal offices and Staples stores will leave many Americans especially those in the rural areas without access to any nearby post office.

In a video celebrating LGBT pride month AFGE national leaders and staff share their thoughts on equality and celebrating pride.

American Federation of Government Employees National President J. David Cox Sr. today praised the White House for a memorandum intended to expand the use of workplace flexibilities at federal agencies.