AFGE: Public servants signed up to serve this country – not to become political fodder.

WASHINGTON – In Tuesday’s State of the Union Address, President Trump praised the VA Accountability Act passed last June, and asked Congress to weaken protections against politically-motivated firing of government employees. In his speech, Trump characterized this request as a means to “empower every Cabinet secretary with the authority to reward good workers and to remove federal employees who undermine the public trust or fail the American people." 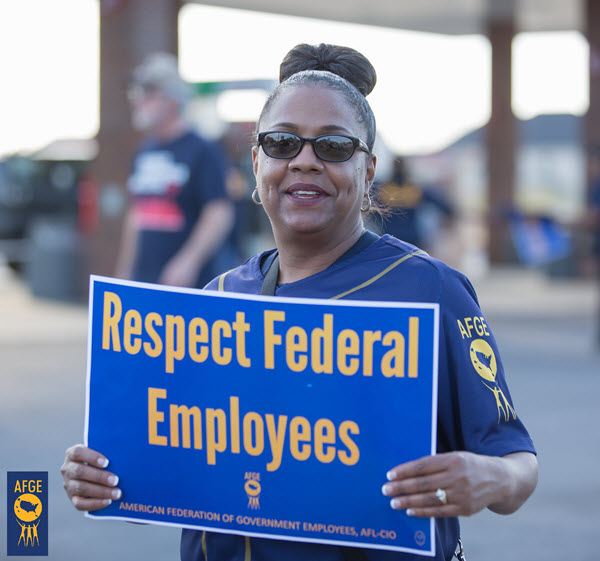 In response to the President’s stated intent to fire federal employees, and to his touting of the ill-conceived Department of Veterans Affairs Accountability and Whistleblower Protection Act of 2017, American Federation of Government Employees National President J. David Cox Sr. issued the following statement:

“Our current system makes sure that federal employees are hired and fired solely on the basis of whether they have the knowledge, skills, and ability to do the job; and politics plays no role whatsoever in that evaluation.  The apolitical civil service is an important foundation of our democracy, and it represents a sacred trust with citizens that their taxes will not ever go to rewarding an administration’s friends or punishing its enemies.

“While the President praised the work of AFGE members who work for ICE and Border Patrol, he failed to mention his recent plan to eliminate 6,000 desperately-needed positions at the Bureau of Prisons and start sending more federal inmates to for-profit private prisons.

“And although the President, Secretary David Shulkin, and members of Congress love to point to their legislation passed last June to show improvements at the VA, they couldn’t be more off base. The reality is they are celebrating firing veterans and decreasing the access to and level of care our veterans have earned.

“The VA Accountability Act that the President bragged about has resulted in 1,442 firings at the VA.  Firing American workers is nothing to celebrate or be proud of. Consider that the majority of those this administration has kicked to the curb have been the lowest paid employees of the agencies, those who earned less than $30,000 annually, and many of these fired employees are veterans with service-connected disabilities.

“Meanwhile, only 14 supervisors were removed from their roles. Few acknowledge that the 2014 scandal at the Phoenix VA was caused by bad managers gaming waitlists for bigger bonuses, and it was the frontline workers who blew the whistle. And now, we have an administration targeting frontline workers for termination. Only .009 percent of removals have been the managers causing the kind of problems that advocates of the VA Accountability Act claimed to care about.

“Accountability starts at the top. President Trump must be accountable to the American taxpayer for the negative consequences of the hiring freeze, and the budget impasse that led to the shutdown we had this past month. Secretary Shulkin must be accountable for failing to fill the 49,000 vacancies that are the real reason veterans are forced to wait for care at too many VA facilities.

“A recent survey shows that 58 percent of citizens – the highest percentage reported in the last year twenty years – want more government services, not less; instead of politicizing the civil service so you can staff the government with your cronies, and robbing the American public of the services they want the government to provide, please work with Congress to fund the government and allow federal employees to perform the jobs they were hired to do on behalf of the American people.”