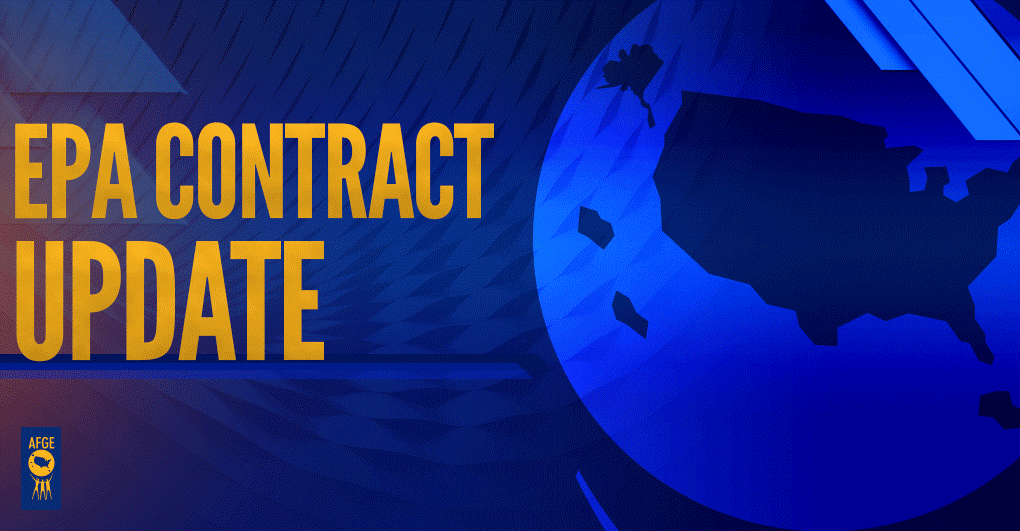 WASHINGTON – The American Federation of Government Employees has reached agreement with the Environmental Protection Agency to restore workplace rights and protections for the 7,500 employees the union represents and eliminate anti-worker contract changes that were implemented under the previous administration.

“This is a huge victory for all of the EPA employees that AFGE represents,” AFGE National President Everett Kelley said. “This agreement eliminates anti-worker contract provisions that were forced on us by the previous administration and puts us on a path to fully restore all of the workplace rights, protections, and benefits that employees are entitled to.”

Effective today, April 7, provisions in the previously ratified 2007 contract between AFGE and EPA will now govern negotiated grievance and arbitration procedures, official time, union office space, and employee performance evaluations. Two articles from the contract ratified in 2020 governing work schedules and telework will remain in effect, although employees will be able to remain on maximum telework in light of the ongoing coronavirus pandemic.

On Jan. 22, President Biden issued an executive order revoking three orders issued by the previous administration that attempted to eliminate collective bargaining, due process, and workplace representation rights for federal employees. President Biden’s order, along with subsequent guidance issued by the Office of Personnel Management, instructs agencies to roll back the illegal union-busting executive orders issued by the previous president and return to the table to renegotiate contracts that fully restore the rule of law and the rights and protections of federal workers.