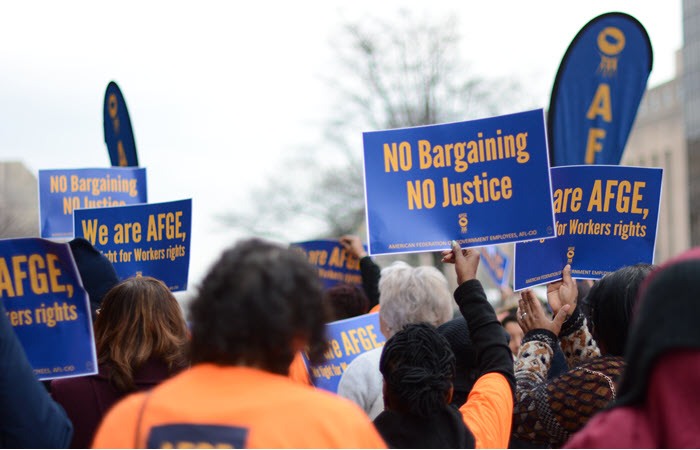 WASHINGTON – The Federal Labor Relations Authority is poised to deliver a significant blow against attempts to purge unions from the federal workplace, the American Federation of Government Employees announced today.

The FLRA has informed the parties that there is sufficient evidence to charge that the Department of Education violated federal labor law by failing to bargain in good faith with the American Federation of Government Employees (AFGE) and unilaterally imposing its own proposal on 3,900 federal employees.

“The FLRA investigator has found merit in the unfair labor practice charge that AFGE filed in March after Education Department management walked away from the bargaining table and imposed its own illegal management edict,” AFGE General Counsel David Borer said. “We urge Education officials to return to the table to negotiate a fair and just contract, which all employees deserve.”

The FLRA preliminary findings come as AFGE and other unions head to court on Wednesday to argue our lawsuit against the Trump administration’s three executive orders, issued May 25, that aim to weaken federal employee unions and deny 2 million federal employees their legal right to representation.