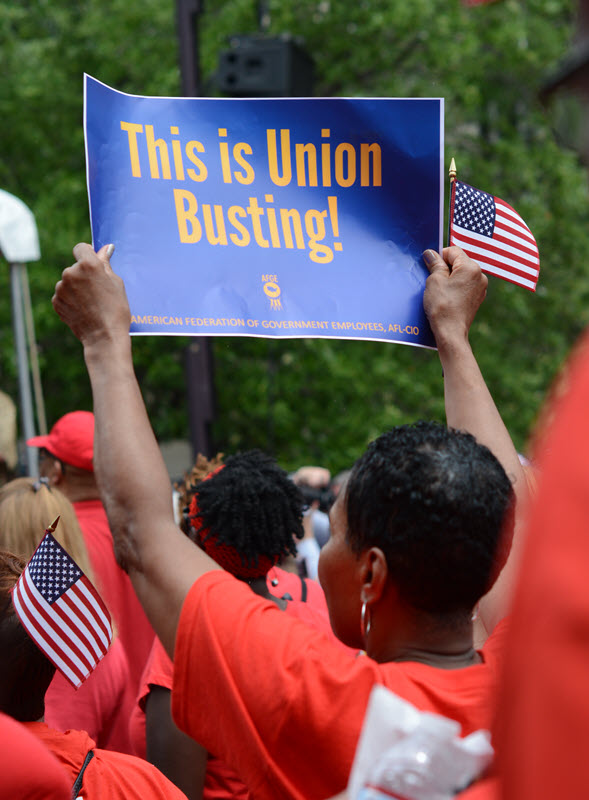 WASHINGTON – Last week, 154 bipartisan members of Congress led by Rep. Jan Schakowsky wrote to the acting head of the Social Security Administration to express their dismay with anti-union policies and tactics that the agency is pursuing during contract negotiations with the American Federation of Government Employees.

“If implemented by SSA, these proposals will diminish labor protections and the collective bargaining rights that Congress intended, and will have a severe, destabilizing effect on agency operations and employee morale and SSA’s ability to deliver timely and efficient services to the elderly and persons with disabilities,” the lawmakers wrote in a May 1 letter to Acting SSA Commissioner Nancy Berryhill.

“SSA should immediately return to the bargaining table with AFGE and negotiate in good faith, abandoning its insistence on anti-union policies such as those in the overturned Executive Orders,” the lawmakers wrote.

“SSA is hellbent on implementing President Trump’s illegal executive orders through whatever means necessary – including holding our contract negotiations hostage,” AFGE National President J. David Cox Sr. said. “But we will never be bullied into giving up workers’ legal rights and protections. Thank you to all the members of Congress who are speaking up for all federal workers and holding President Trump and his executive team accountable for following the law.”