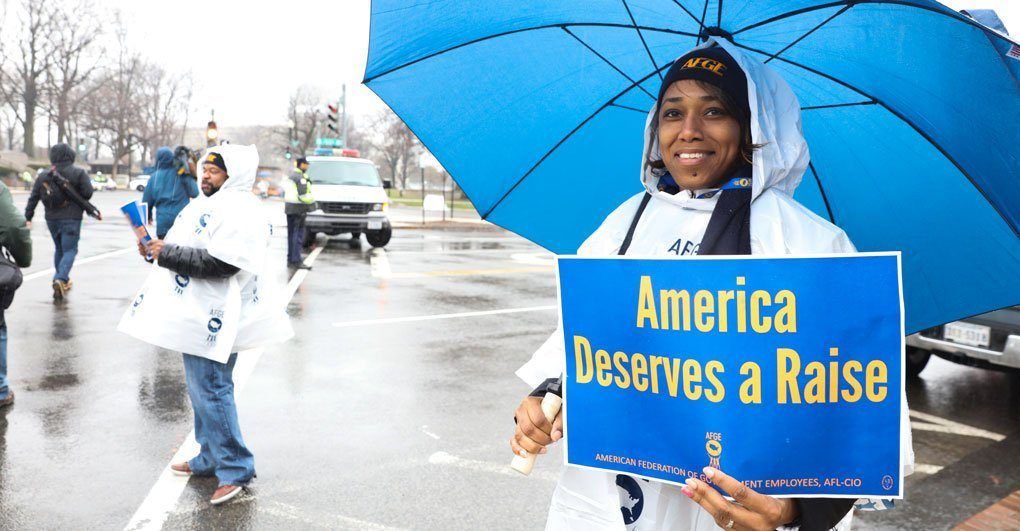 WASHINGTON – The American Federation of Government Employees strongly supports legislation introduced today by Sen. Brian Schatz of Hawaii that would provide salaried and hourly federal employees with a 5.3% catch-up wage adjustment in 2017. The Senate bill is a companion to House legislation introduced in February by Rep. Gerry Connolly.

“Federal employees paid more than their fair share to help dig us out of the Great Recession. Now that the recovery is in full swing, it’s time for Congress to help employees make up some of that lost ground by providing a 5.3% catch-up adjustment,” AFGE National President J. David Cox Sr. said.

Federal workers have endured $182 billion in lost wages and reduced benefits as a result of pay freezes, meager wage hikes, and mandatory increases in retirement contributions. Because federal salaries have failed to keep up with inflation, employees today have a lower standard of living than they had at the start of the decade.

“This adjustment will help employees catch up on their credit card bills, student loan debts, home repairs, and so many of the everyday costs facing today’s workers,” Cox said.

Congress must pass the Federal Adjustment of Income Rates (FAIR) Act to ensure that federal agencies are able to recruit and retain the best and brightest employees, Cox said.

“If an employer fails to provide its workers with competitive wages and benefits, many workers will leave and find jobs where they are compensated more fairly,” Cox said. “The government relies on experienced employees to carry out vital programs and services on behalf of the American public. We can’t afford to let these employees walk out the door.”