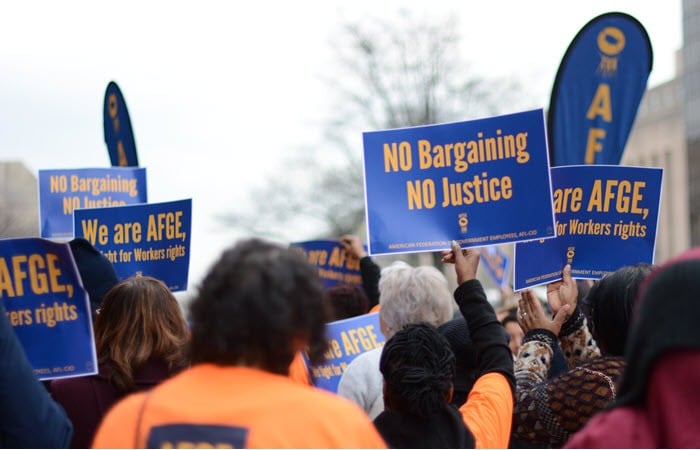 WASHINGTON – The American Federation of Government Employees (AFGE) has filed a second lawsuit challenging two executive orders issued by President Trump that would curtail the rights of federal workers.

“These executive orders are clearly at odds with what Congress has mandated by law,” said AFGE General Counsel David Borer. “These directives from the White House display a shocking lack of respect for the Constitution and represent a serious overreach of the president’s executive powers.”

The lawsuits challenge President Trump’s executive orders on the grounds that they exceed the president’s authority under the U.S. Constitution by violating the separation of powers and exceeding current law.

“We will not allow this or any administration to trample on the rights of federal workers,” said Borer.

This lawsuit is the second filed by AFGE against President Trump’s recent executive orders. AFGE’s first lawsuit challenged the executive order on official time as a violation of the right to freedom of association guaranteed by the First Amendment, and as exceeding the president’s authority.

A number of other unions have joined or been consolidated into AFGE’s first lawsuit.