Airplane travel is safer, easier thanks to federal workers 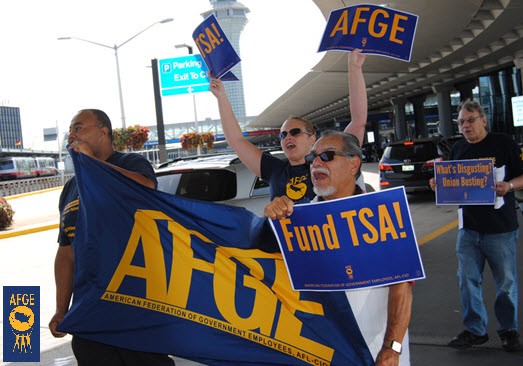 WASHINGTON – As millions of Americans prepare to take to the skies this holiday season, the head of the labor union representing federal airport security employees says now is the time to thank these workers for the job they do.

“When airports began experiencing massive lines at passenger checkpoints two summers ago, the Transportation Security Administration relied on its trained staff of 42,000 federal employees to ease the crush by working more overtime and performing their jobs effectively and efficiently.

“Now as we head into another busy holiday traveling season, the long lines and wait times are gone. There have been no hijacked airplanes, explosives detonated on airplanes, or any other aircraft-specific U.S. acts of terrorism since federal employees took over passenger screening after Sept. 11, 2001.

“This is a tall order since TSA still has about 4,000 fewer screeners on staff today as compared to four years ago. That’s coupled with a 15 percent jump in the number of passengers flying through U.S. airports. TSA officers do their job so well they have confiscated a record number of guns last year and are on track to beat that record this year.

“TSA employees protect the safety of the flying public under stressful and sometimes dangerous conditions. They could perform even better with more trained staff, higher wages, and full union rights.

“What they shouldn’t have to worry about is losing their jobs to outsourcing and privatization.

“This Thanksgiving, let’s be thankful for the officers who risk their lives to keep our air travel safe, and let’s maintain the path forward we’ve made in airport security with our hardworking, dedicated TSA employees. The best way to ensure safe travel is to invest in TSA, not privatize it.”