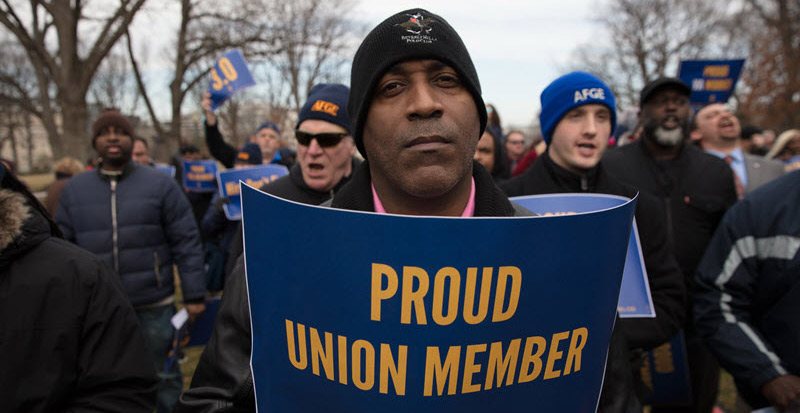 WASHINGTON – Following the Supreme Court’s decision to overturn 40 years of constitutional law that ensured public-sector workers benefited from the collective voice of union representation, the head of the largest union representing federal workers says employees will need to come together to preserve their workplace rights.

“On May 25, President Trump issued a series of executive orders targeting federal employees’ collective bargaining and due process rights. And now the Supreme Court has issued a decision that jeopardizes union rights and protections for millions of public-sector workers at the state and local levels, and here in the District of Columbia,” said J. David Cox Sr., national president of the American Federation of Government Employees.

“On behalf of the wealthiest one percent and special interest groups, the Supreme Court has attempted to strike the death knell for public-sector unions, but the workers themselves will ultimately decide their own fate,” Cox said. “Workers know the importance of unions in the workplace and they will survive. We need to come together as workers and use this as our moment to stand up, join the union, and organize like never before. Every worker can use their voice to fight for better working conditions and fair representation by joining the union.”

“When union members pay to negotiate a contract for their workplace, everyone who’s covered by that contract takes home higher pay and benefits, has greater job security, enjoys improved health and safety standards, and gets help in settling workplace disputes,” Cox said.

If you’re covered by the union contract but you don’t belong to the union, it’s time to join your union and pay for the benefits you receive – because those benefits could vanish tomorrow unless workers take a stand and fight for their rights at the worksite.”