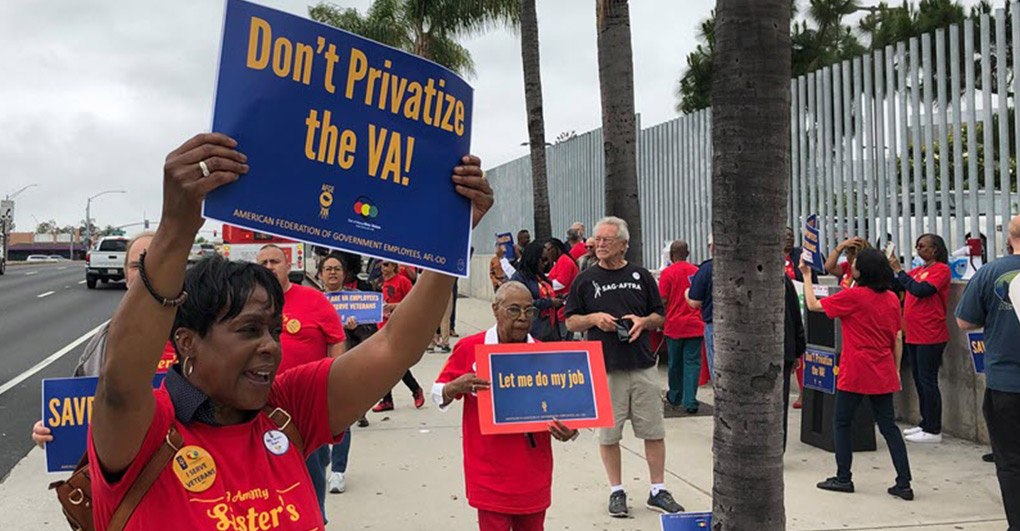 The report released today by the National Employment Law Project reveals that spending on temporary service contracts more than doubled since President Trump took office, from $812 million in 2016 to $1.7 billion in 2018. Nearly half of this outsourced work was for government-provided health care, including at the Departments of Veterans Affairs and Defense.

As the Washington Post notes in its coverage of the report, the use of temporary workers in health care can compromise consistent patient care.

“Outsourcing federal jobs to contractors, particularly those that exploit workers by offering only temporary assignments, results in higher costs, less accountability, and lower quality. Rather than hiring full-time, career federal workers to care for our veterans and treat our service members, the Trump administration is outsourcing that work to costly and unaccountable temp agencies as part of an insidious plan to privatize health care.

“Instead of hiring more doctors, nurses, and other front-line positions inside the VA, this administration is pushing that work to these temporary staffing agencies while the number of vacancies inside the VA climbs to over 50,000. The same is true at the Defense Health Agency, where the administration issued a $7.5 billion contract to outsource health care for active-duty service members instead of hiring career professionals.

“Every man and woman who has worn the uniform in service of our country should be appalled by this administration’s intention to undermine, and eventually dismantle, the VA through privatization. The government has a sacred obligation to look after those who defend our country, and outsourcing their health care to unaccountable temp agencies is an insult to their service.”