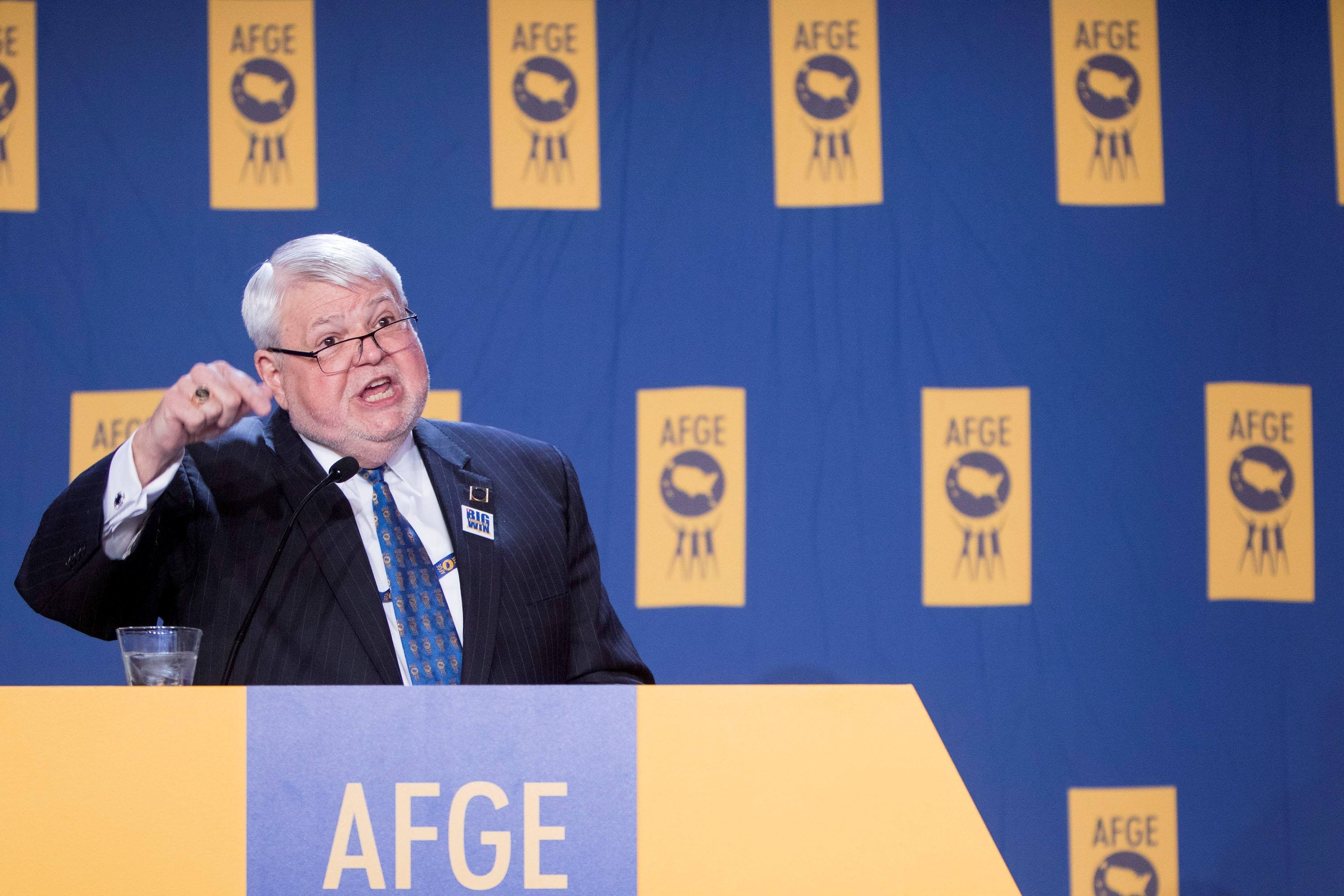 WASHINGTON – Legislation introduced in the Senate would allow mass firings of veterans’ caregivers and other VA workers by President Trump’s political appointees – a dangerous precedent at a time when public officials like FBI Director James Comey are being summarily fired for reasons that are questionable at best, the head of the largest federal employee union said today.

“This legislation is the antithesis of accountability because it would allow corrupt or incompetent managers to get away with firing anyone who challenges them. Real accountability would strengthen, not weaken, protections for the rank-and-file employees who are subjected to mismanagement, abuse, and political corruption.”

The Senate bill would undercut many of the workplace rights and protections that are designed to protect government workers from disciplinary actions that are politically or personally motivated. Specifically, the bill would:

“We agree that employees who fail to serve our veterans with the dignity and respect they deserve should be fired, but not when it means ruining the careers and lives of other employees,” Cox said. “Many of the employees who blew the whistle on waitlists and other abuses at the VA faced retaliation for coming forward, but they were protected by civil service rights and their union contract. This legislation would eliminate the only true protections they have.”

Cox added, “All this legislation does is hand more power to the VA executives and political appointees who failed our veterans in the first place by creating fake wait lists and hiding an outbreak of deadly Legionnaires' disease. Why are we rewarding incompetent leaders by giving them more opportunities to throw rank-and-file workers under the bus?”

Arming political appointees with the power to fire career civil servants at will is a dangerous precedent at a time when President Trump is firing public servants like FBI Director James Comey and Acting Attorney General Sally Yates for what appear to be political motives.

“All public-sector employees should be able to do their jobs without fear of political reprisal – whether they’re a VA nurse reporting on the mistreatment of veterans, an EPA scientist researching climate change, or the FBI director probing Russia’s interference with our presidential election,” Cox said.

“Now more than ever, we need strong civil service protections, strong due process rights, and strong union contracts to protect the government workers who serve and protect us. Dismantling these safeguards threatens our democracy and puts all Americans in harm’s way.”