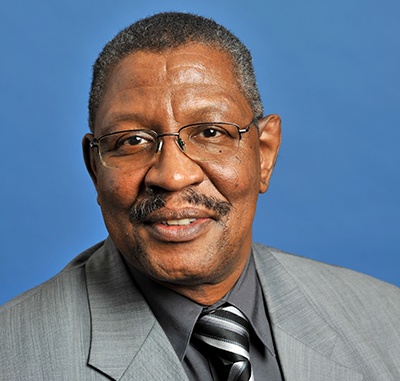 Arnold Scott is District 6 National Vice President of the American Federation of Government Employees, representing federal employees in Indiana, Kentucky, and Ohio. NVP Scott was first elected the position in 1999 and has since been re-elected to six more three-year terms.

NVP Scott joined the fight for working family’s rights in 1979 while working for Conrail as a member of the International Brotherhood of Electrical Workers. He began his service as a federal government employment in 1982 by taking a job at Fort Benjamin Harrison.

While employed at Fort Ben, he was a member of AFGE Local 1411. He moved quickly through the union ranks, first serving as steward, then as trustee, on to executive vice president, and finally, president in 1989.

In 1995 he became a national representative for the AFGE 6th District prior to being elected National Vice President in 1999. He is actively involved with the Hamilton County Democrat Club.

NVP Scott sits on the National Executive Council, making educated decisions on behalf of the members. He was elected to the position of Vice President of the Indiana State AFL-CIO Executive Board in 2001 to fight for the rights of working families in the state of Indiana.