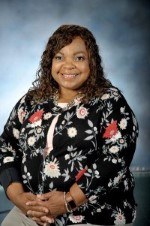 Still on the fence about joining the union?

Did you know, that it has been recommend to the Office of Personnel Management (OPM) that they come up with a long term plan to reduce the size of the Federal Government workforce?

There are a lot of changes coming out of Washington, and some federal employees are worried that their agencies will be gutted, or career employees will lose their jobs.

For example, most federal agencies were hit with a hiring freeze that went into effect in January of 2017, resulting in many folks having to “wait and see” if they would have a job or not. This was the first of many changes expected to come out of the new administration.

Federal employees continue to be subject to pay freezes, furloughs and the denial of automatic wage increases that account for rises in the costs of living.  There have even been talk about weakening staff unions, making it easier to fire low performers, and reducing retirement benefits. Such a work environment has definitely taken a toll on the federal employee.

Some of the best of the best “Federal Workers” are here at the birthplace of space. Federal employees at Los Angeles Air Force Base, keep the government running. We work side by side with our military members, and backfill for them when they get deployed.  We do meaningful and substantial work that provide services to a large portion of the world today.  Still… some are wondering, “what’s next?”

How about taking a look at your Local 2429 union?  Check out “Tamry’s Five Good Reasons” to join a union below.

The union goes to bat for you and helps bring higher wages, increased benefits, shorter hours, and improved working conditions. Safe to say, these are certainly important reasons for joining a union.

One of the basic human needs is security. In the work environment, employees find themselves in a dependent relationship on their bosses and in what they probably view as impersonal organizations. Employees want to know that their jobs will exist in the future and that they will be protected against unfair or arbitrary treatment. However, with the growth of technological change, workers feel especially vulnerable to job loss. The union always fights on the capital to secure the positions of the federal employees.

Men and women are social beings. Therefore, workers have a strong need to be accepted by their peers, to belong, and to go along with others. Some unions offer attractive benefits, such as low-cost insurance. Furthermore, the many faces of our union members come with many hidden talents and backgrounds that could potentially be utilized by others within our union community. From notaries to photographers, the union is a social community who’s members can lean on each other.

Some employees have found that the union structure offers them an opportunity to gain recognition that is not available to them in the business organization. For example, a worker with little education may serve on a shop committee or even be elected as a position of influence, such as steward or officer in the local.

Many workers have explained their union membership in terms of their desire to obtain a voice in decisions that affect them in their working environment. To other workers who feel lost in our large, complex, industrial society, the union is viewed as a last hope that they will be able to influence their destiny.

“Together we can make a difference.”