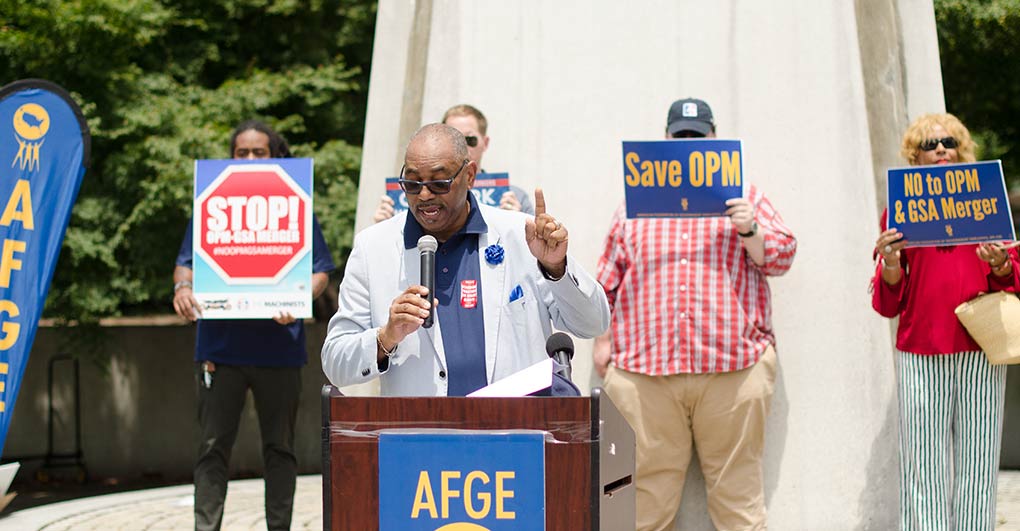 "As today's story in The Daily Beast documents, this administration is intent on abolishing the career civil service – even if it means skirting the law to do so. The career civil servants who protect our nation and serve the American people are a bulwark against the cronies who staff the political levels of the administration and dispense favors to President Trump's supporters. What better way to make sure that federal employees who perform their work on the basis of facts and the law give way to the politics of the administration and its friends than to destroy the Office of Personnel Management, the agency that is supposed to ensure that a nonpartisan civil service continues regardless of which party controls the White House.

"This administration shows its contempt for federal employees every day, from the purging of long-serving career employees at the VA, EPA, Justice and State departments, and nearly every other agency, to the president's May 2018 executive orders that attempt to destroy unions' ability to hold him accountable.
"Last year the administration proposed merging OPM into the General Services Administration, the agency that leases real estate and buys supplies for federal agencies. Congress explicitly prohibited them from moving forward. As the Daily Beast article documents, and as AFGE members at OPM have experienced, the law hasn't stopped the administration. They've gone ahead by entering into 'interagency agreements' and 'service level agreements' that, in practical terms, moves OPM functions and personnel to GSA just as they wanted.

"Two Senate-confirmed OPM directors have resigned abruptly after only a few months on the job in apparent opposition, effectively leaving management of the agency to the White House Office of Management and Budget and the staff of the White House political personnel appointments office.

"AFGE leaders at OPM report that with no leadership at the agency left to protect its workforce or its mission, large pieces are being outsourced to other agencies, most notably GSA. Last year, AFGE urged Congress to include language prohibiting the use of 'interagency agreements' and similar mechanisms to circumvent the language prohibiting the legal transfer of OPM functions to GSA and other agencies. We renew that call today and ask Congress to conduct robust oversight of the administration's efforts to abolish OPM in defiance of the 2019 law."