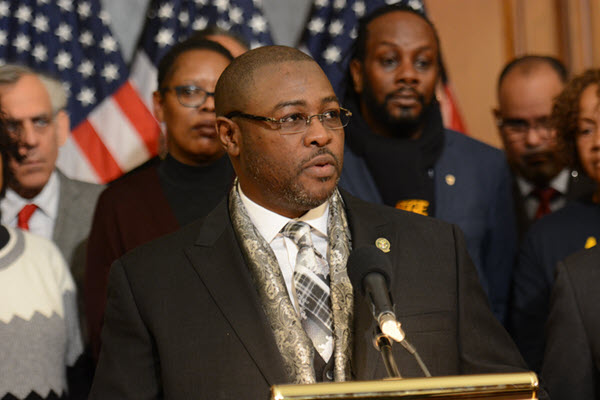 WASHINGTON – American Federation of Government Employees Council of Prison Locals President Eric Young issued the following statement in response to the apparent suicide of Jeffrey Epstein in his cell at the Metropolitan Correctional Center in Manhattan:

“For years, the Council of Prison Locals has been sounding the alarm about the hiring freeze instituted by President Trump in the Bureau of Prisons, the thousands of staff vacancies in our prisons that have resulted, and the dangerous conditions these staff shortages have created for workers and inmates in our federal prisons.

“The hiring freeze instituted by the Trump administration in 2017 directly led to staffing shortages throughout BOP that are so severe that BOP facilities across the nation are regularly using a process called ‘augmentation’ that allows teachers, nurses, clerical workers, and other support staff to fill in for correctional officers. In April testimony before Congress, Attorney General William Barr acknowledged that the administration’s hiring freeze contributed to the staffing shortages.

“‘Augmentation’ isn’t the only tactic BOP has been using to keep prisons running while staffing levels are so dangerously low. They’ve also been mandating overtime across the system, with many correctional officers regularly forced to work 70- and 80-hour weeks. On top of that, attracting new hires to fill the vacant positions isn’t easy – especially in a high-cost city like New York. Working in a prison is one of the lowest paid, most dangerous jobs in law enforcement.

“The low pay, understaffing, augmentation, and mandatory overtime have created an environment inside our prisons where something like this is even possible. Despite all this, the administration continues, year after year, to put forth budget proposals that would further underfund BOP and exacerbate the strains we’re already seeing.

“Members of Congress from both parties have joined the Council of Prison Locals in highlighting the severe understaffing and problems with BOP’s overreliance on augmentation, including most recently in an April letter to House appropriators signed by a bipartisan group of 65 members of Congress.”