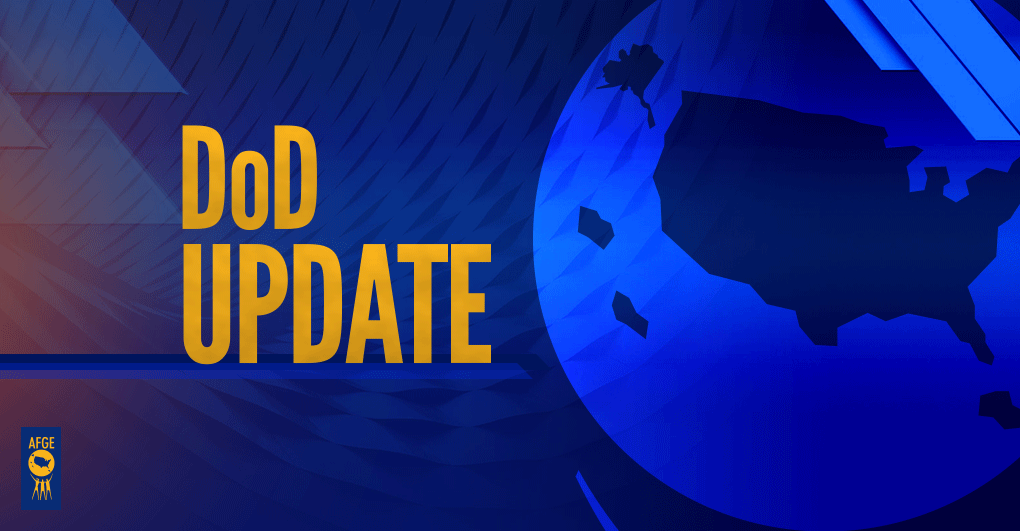 WASHINGTON – American Federation of Government Employees National President Everett Kelley today issued the following statement in response to President Biden’s action yesterday to revoke a memo former President Trump had issued in January 2020 that gave the Secretary of Defense or their designee the authority to eliminate collective bargaining rights for civilian workers in the Department of Defense:

“On behalf of the 300,000 DoD civilian employees AFGE represents, I applaud President Biden’s action to revoke the previous administration’s union-busting memorandum. DoD workers have had the right to join a union and bargain collectively since 1962, and since that time they have proudly supported our service members during wartime and peacetime and helped keep our country safe.

“The previous administration’s attempt to strip DoD civilians of their union rights under the guise of national security was a blatant union-busting tactic that was repudiated by lawmakers from both political parties and never acted upon by the Secretary of Defense. President Biden’s decision to revoke this memo ensures that DoD workers will retain the right to join a union and bargain collectively for better working conditions, and it is yet another positive step by his administration to support the working people who serve our country with honor and distinction.”