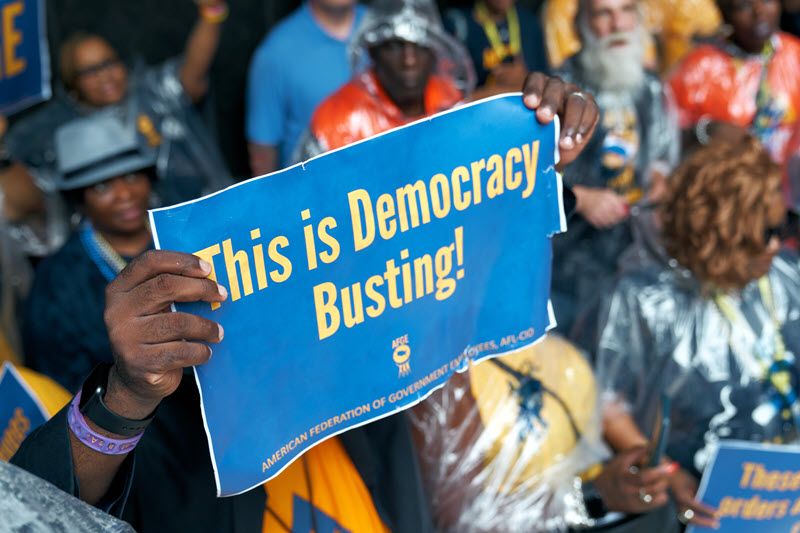 WASHINGTON – The Office of Personnel Management today took another step toward dismantling due process rights for public-sector workers in the federal government.

Under a proposed rule published Sept. 17 in the Federal Register, OPM is proposing to change existing workplace rules to allow employees to be disciplined or removed with little recourse.

Among the many questionable provisions in the administration’s proposal, OPM wants to implement the following anti-worker provisions:

“These proposed regulations encourage management by fear and intimidation and assume that managers are incapable of working with employees to help them improve their performance. If these rules go into effect, they will greenlight arbitrary and discriminatory discipline against employees who will have little recourse to challenge poor or politically corrupt management.”