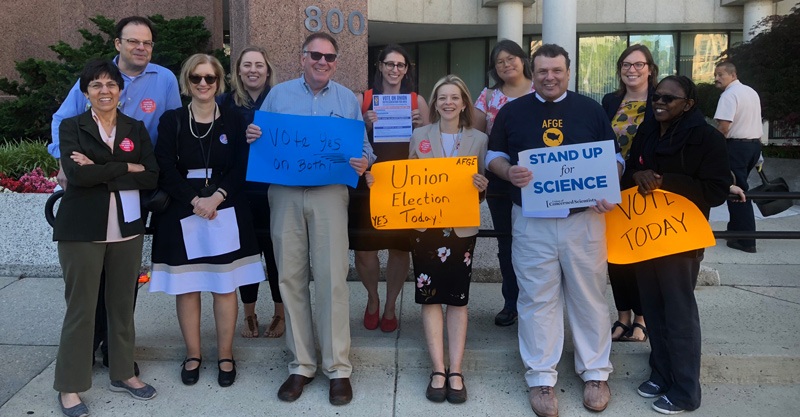 WASHINGTON – Today, employees at the U.S. Department of Agriculture’s National Institute of Food and Agriculture (NIFA) voted overwhelmingly to join the American Federation of Government Employees (AFGE). The vote was 137 in favor and 2 opposed.

The USDA has proposed relocating both ERS and NIFA outside Washington, D.C., which would affect the majority of employees at both agencies. It’s part of a larger effort by the administration to undermine employees’ scientific research.

By establishing a union at the worksite, NIFA is legally required to notify employees in advance of any proposed changes to their working conditions and to bargain with the union in good faith over those proposed changes. In addition, employees in the bargaining unit will gain the legal right to have a union representative present at any meeting in which disciplinary action may result (known as Weingarten rights).

“The Trump administration has been working overtime to undermine the invaluable work ERS and NIFA employees perform on our nation’s behalf. The proposal to relocate both agencies outside the nation’s capital would upend employees’ lives and could actually impede their work.

“By organizing at the worksite, employees at NIFA and ERS are using their collective voice to demand a seat at the table when decisions are made that affect the important work they do on the public’s behalf. The workers have spoken with a resounding voice; now it’s time for the administration to listen.”