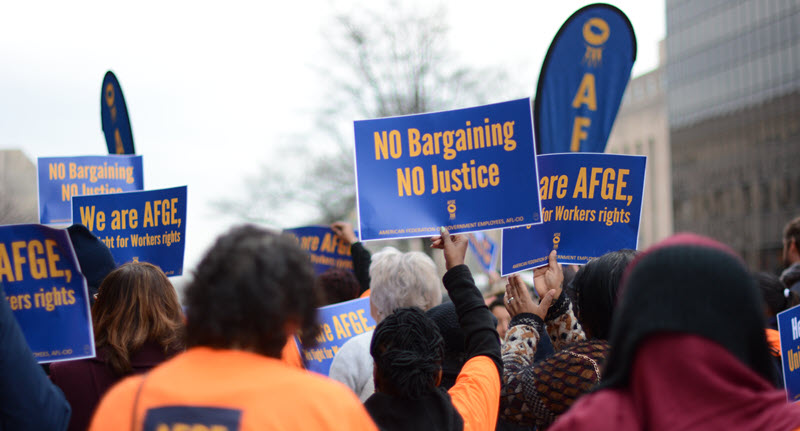 WASHINGTON – A federal arbitrator has ordered the Department of Veterans Affairs to remove an online listing of major disciplinary actions taken against VA employees, ruling that the public posting violates the Privacy Act and the agency’s labor contract with the American Federation of Government Employees.

AFGE, which represents 260,000 VA employees nationwide, filed a grievance against the VA in July 2017, immediately after the agency first published online a list of disciplinary actions taken against VA employees dating back to the start of the Trump administration. An arbitrator with the Federal Mediation and Conciliation Service took over the case when the parties could not reach agreement.

“The decision to disclose to the general public the information in its published form, notwithstanding efforts to scrub or sanitize other information that even more readily permitted identification of particular disciplined employees, flagrantly disregarded the Agency’s own General Counsel’s advisory opinion and the rights of those employees whose particular work circumstances allowed them particularly to be identified,” the arbitrator wrote in its ruling, which was issued March 5.

The arbitrator ordered that the VA remove the Adverse Actions Report from the web and cease and desist publishing the report until it achieves compliance with the Privacy Act, AFGE’s collective bargaining agreement, the agency’s Handbook, and the Federal Service Labor-Management Relations Statue. The report has been removed from the VA website, and AFGE’s National Veterans Affairs Council is working with the agency to implement the rest of the arbitrator’s instructions.

“In a pursuit to shame employees and erode veterans’ trust in the VA, agency leaders ignored the advice of legal counsel and posted details of employees’ disciplinary records online in such a way that individual employees could be identified by their coworkers, if not the general public,” AFGE National President J. David Cox Sr. said. “VA leaders should be focusing on improving veterans’ access to quality health care at VA facilities, not publicly shaming employees and violating their privacy.”