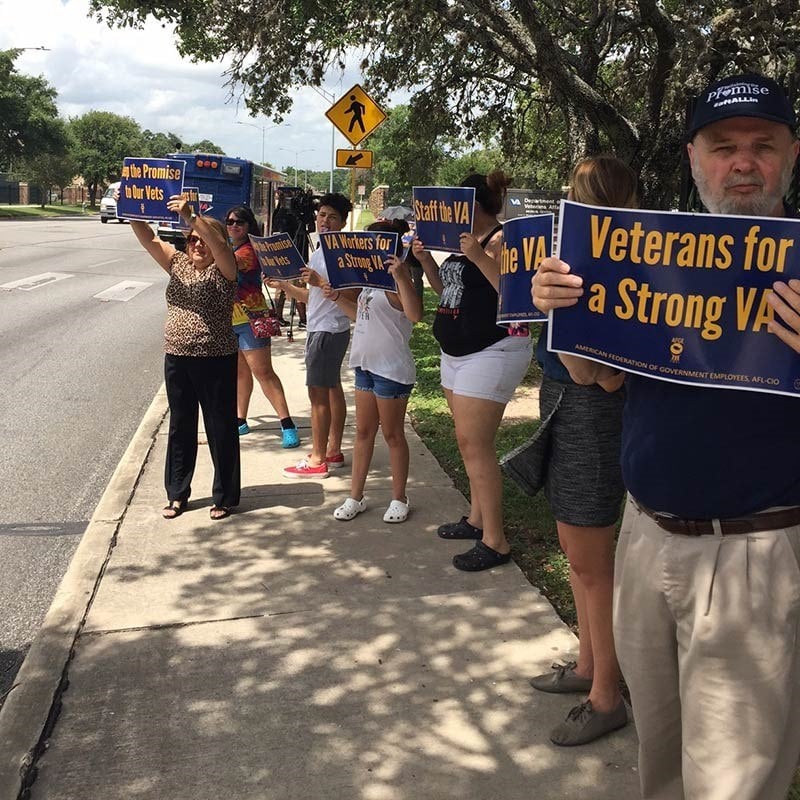 “We are sick and tired of the political witch hunt unfolding before our eyes in Congress. Federal public servants are under constant attack because of the narrow agendas of insiders on Capitol Hill, and the latest salvo makes a terrible idea even worse.

“We strongly opposed H.R. 1461 – introduced by Rep. Jodey Arrington of Texas – when it was first announced because its sole intention was to break the back of the union and undermine federal employees’ rights at work. Now, that horrendous bill has been amended to double down on Arrington's cynical attacks and put the health care system millions of American veterans and their families rely on at risk.

“Official time allows for the very best way for federal employees to bring forward evidence of waste, fraud, and abuse.  AFGE uses official time to protect whistleblowers on issues large and small. And by denying the medical professionals who care for our nation’s heroes protections on the job, Congress is placing their misguided ideals far above the rights and needs of working people in our country’s most important health care system - many of whom are veterans themselves.

“There are more than 49,000 job vacancies in the VA right now. That means there are fewer doctors and nurses to care for veterans, fewer intake staff to handle incoming patients, and an inadequate number of support staff to keep these medical centers running. Instead of focusing on remedying the obvious problem, Congress seems content to make the hiring – and retention – of these necessary positions more difficult.

“Today we call on Congress to stop the political posturing with their extremely anti-union legislation and solve the real problem facing the VA. The men and women who served our country – and who now make up one-third of the VA’s workforce – deserve a world-class health care system. And that system is the VA. To ensure it can continue to deliver the high-level of care we know it’s capable of, Congress must vote ‘NO’ on H.R. 1461.”