SeaTac, Seattle, San Francisco, and most recently Los Angeles have adopted a $15 an hour minimum wage. As the Fight for $15 campaign is catching on, few people know that at least 34,000 federal workers, not including non-appropriated fund (NAF) employees, make less than $15 an hour.

These workers are nursing assistants at our veterans’ hospitals, food service workers at our commissaries, and maintenance workers at our military bases, among others. They are supporting our country yet unable to support themselves and their families.

Here are 15 reasons why they, too, should earn a living wage: 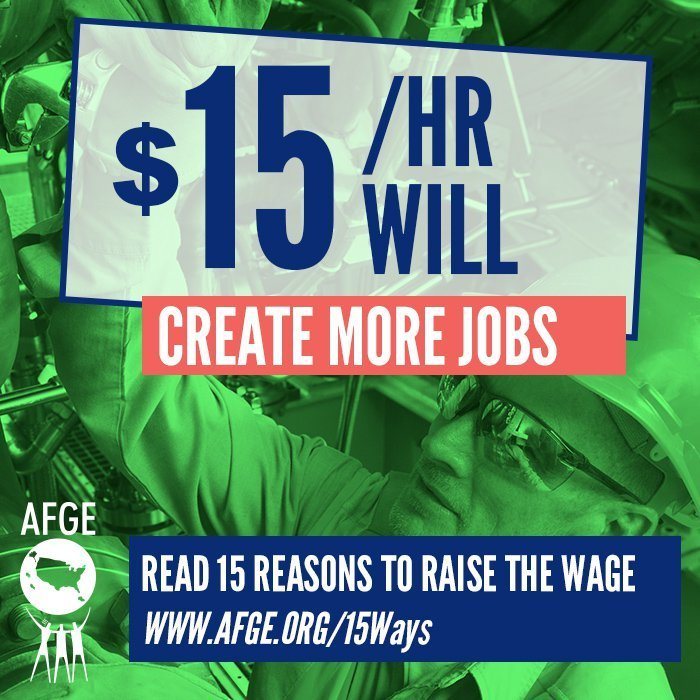 1. It helps create jobs. When workers prosper and spend, businesses grow and hire. Thefate of the economy rests in the hands of consumers, the real job creators. Federal employees are job creators, as seen from the effects of the furloughs in which workers’ hours were cut in response to reduced business.

2. It saves the government time and money on replacing and training people. When workers have a better quality of life, they are happier, more productive, and less likely to quit. This helps reduce turnover and the cost associated with replacing people, as this business owner can attest. 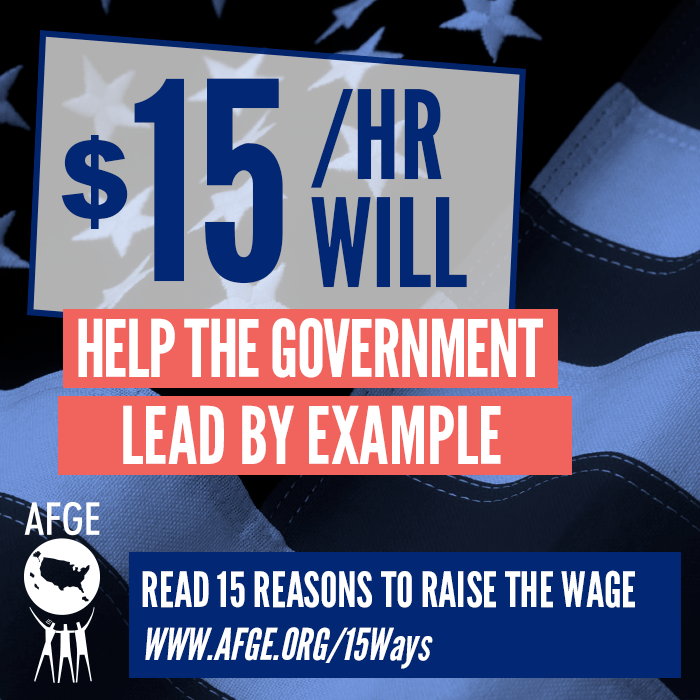 4. It makes the federal government a model employer. With attack after attack on federal pay, pensions, jobs, Uncle Sam can really use a PR boost on this front. After all, the role of the government is to create safe, thriving communities. If their own workers can’t provide a safe and thriving environment for their families, there’s a problem.

5. It won’t cause people to lose their jobs. Study after study shows minimum wage increases do not cause job loss. More than 600 economists including Nobel Prize winners in economics have signed onto a letter supporting raising the minimum wage.

6. It doesn’t hurt the country’s economy. The federal minimum wage has been raised 22 times since 1938 and real GDP per capita has steadily increased.

7. It helps reduce the size of government assistance programs. Workers who are paid poorly rely heavily on public assistance such as food stamps, Medicaid, and subsidized housing. A Walmart store, for example, cost taxpayers between $904,542 and $1.75 million a year or between $3,015 and $5,815 for each of its 300 low-paid workers. 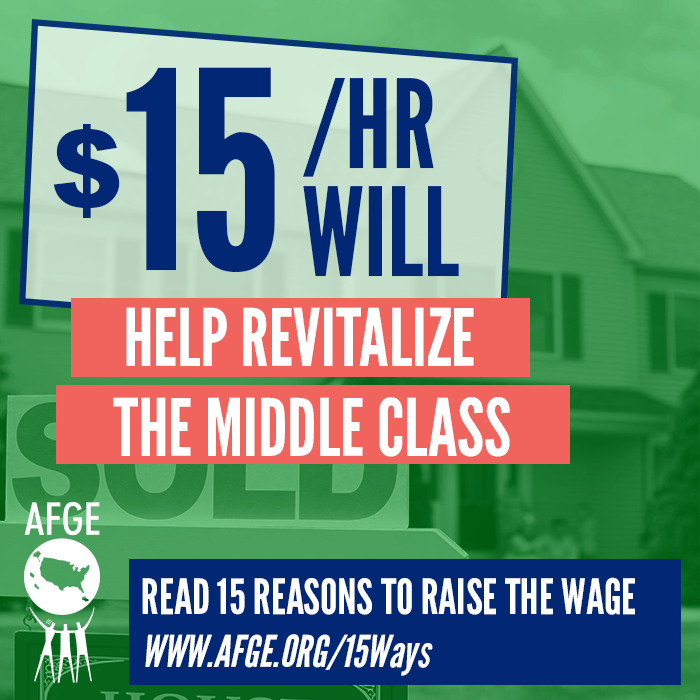 8. It shows that the administration is serious about lifting up the middle class. President Obama said in his 2015 State of the Union address: “Of course, nothing helps families make ends meet like higher wages…And to everyone in this Congress who still refuses to raise the minimum wage, I say this:  If you truly believe you could work full-time and support a family on less than $15,000 a year, go try it.  If not, vote to give millions of the hardest-working people in America a raise.”

9. It’s common sense. Nobody who works full time should live in poverty.

10. It’s about doing your part. City governments have moved to address wage disparities. The largest public employer should do its part as well.

11. It benefits families and communities. Not having to juggle multiple jobs reduces stress, helps improve physical health, and free up time for one’s family and community.

12. It benefits everyone in the workforce as everyone’s wage floor will go up. 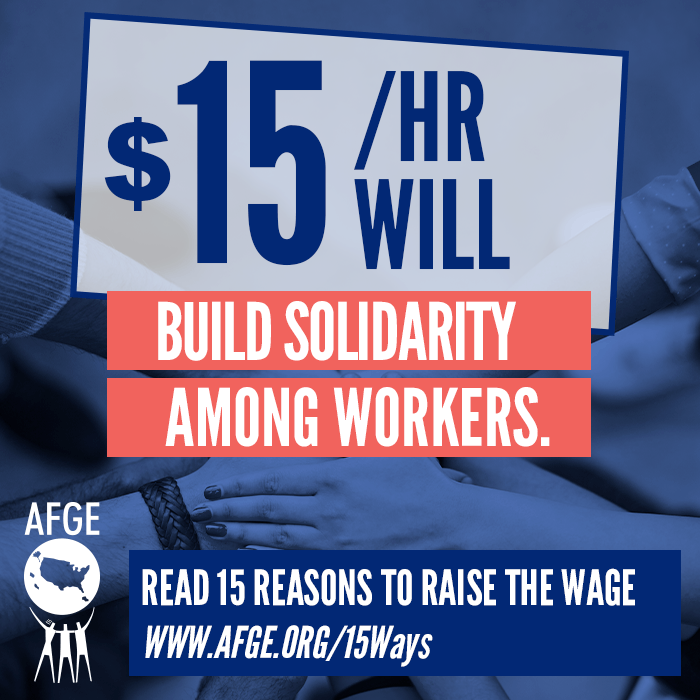 14. It benefits workers who make more than $15. Uncertainty is the only thing that’s certain about the economy. If those higher earners ever lose their jobs and have to take a minimum wage job, this may affect them directly.