During the 2021 Legislative Conference, the Women’s and Fair Practices Departments were proud to recognize six outstanding AFGE members who are strong advocates and leaders in the union, the community, and the workplace. 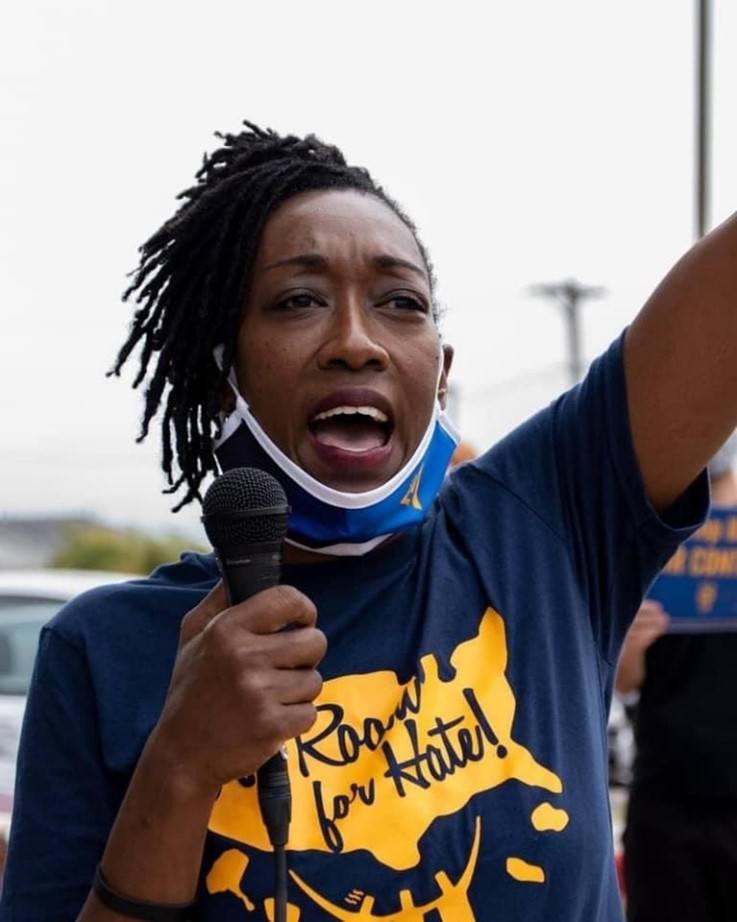 Keena Smith is the current president of AFGE Local 2192. She is the epitome of an individual who has been active in their union and has demonstrated a faithful commitment to mobilizing and organizing AFGE members around civil, human, and worker’s rights in their local, council, and district. On all levels, Keena has pursued her own accelerated growth to the benefit of the membership she is entrusted to represent. Keena’s journey began eight years ago as a legislative political coordinator for her local. In this role, Keena was able to build transformative relationships with congressional representatives, her AFGE National legislative and political team, and with the AFGE District 9 LPO. These relationships led Keena to seek out her own further involvement in her local community and work to deepen her commitment to her Local 2192 membership.

Keena has joyfully worked in collaboration with AFL-CIO constituency groups and other allied organizations to improve the coalition base of AFGE. She has continuously uplifted the issues AFGE members face as a community as well, including Black Lives Matter and the ongoing struggle to end systemic racism at the Department of Veterans Affairs. Keena is a powerhouse when it comes to coordinating and participating in rallies that address the important issues that affect all of us as federal workers. 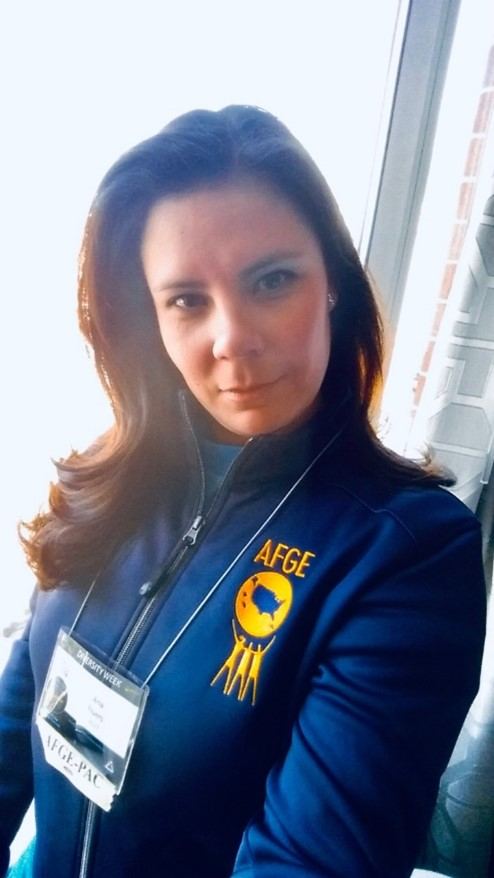 Ana Rivers is the child of an immigrant family. She grew up as a witness to her father being subjected to discrimination and being forced to work for lesser pay than his U.S.-born peers. The discrimination against her family inspired Ana to help others fight for equality. She joined the Border Patrol as a young adult in order to arrest individuals that were taking advantage of immigrants crossing the U.S. border and to help individuals who were left or lost in the desert without essential water and food for survival.

Ana was later hired by the Social Security Administration, where she initially became involved with the union. Ana was elected president of AFGE Local 3937 and later was selected as AFGE Council 220’s regional vice president for Seattle. In these roles, she mentored and trained several members in equal employment opportunity (EEO) and grievance practices – members who would later succeed her in her role. In the past year, Ana has either coordinated or provided training on parental leave, EEO and grievances, optional employee self-assessments, six-month extended leave and compressed work schedules, the CARES Act, Robert’s Rules of Order, political organizing, and contracts. She has embraced the virtual environment, and in doing so has offered other training for locals via Zoom. Ana’s leadership and passion for helping employees understand their rights within the workplace have been instrumental for the growth and strength of her local. 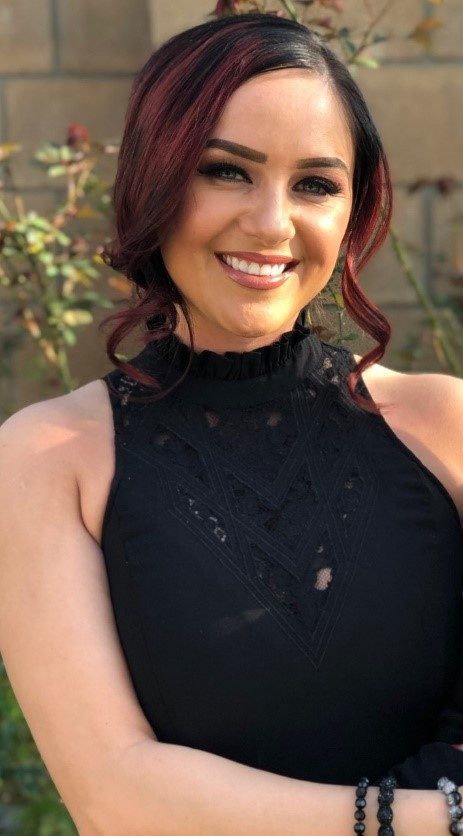 As a local union leader and advocate for women’s rights within the Bureau of Prisons, Claudia Villavicencio led a successful class action lawsuit for all female employees at Federal Correctional Complex (FCC) Victorville who were harassed in the workplace. The class action was filed in response to allegations that FCC Victorville failed to take adequate measures to prevent male inmates from sexually harassing female employees and implemented discriminatory policies relating to female participation in use of force teams. The case covered all women employed by FCC Victorville who were denied use of force training and/or were subjected to sexual harassment.

This class action lawsuit resulted in a settlement of $11 million. The agency also agreed to change its policies and practices for dealing with inmate sexual misconduct toward staff. Claudia has fought day and night for the union members she represents and has paved the way for other leaders to follow. 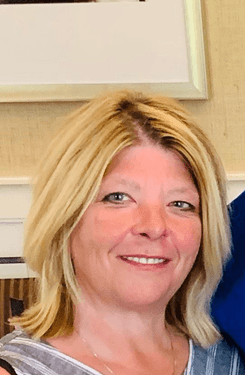 Robin Goode is president of AFGE Local 817 and fair practice coordinator for the Council of Prison Locals’ Mid-Atlantic Region. She was instrumental in organizing multiple AFGE Locals across several agencies for several mobilization and informational pickets during the governmentwide shutdown from December 2018 through January 2019. Robin also was also instrumental in sharing information about the pickets with the Central Labor Councils and informing news outlets.

These pickets were held in front of then-Senate Majority Leader Mitch McConnell’s Lexington, Ky., office. Robin mobilized Local 817’s bargaining unit and successfully encouraged participation from all five of the state’s BOP locals, along with the BOP Council’s regional vice president out of North Carolina. By staying positive, she motivated locals to make daily calls and emails to their senators and Congress members. She always promotes the union’s motto of “we, not me.”

While doing all of this, Robin found time to ensure all federal bargaining unit employees in Fayette County who were affected by the shutdown knew where they could receive assistance. She also worked with the John Calipari Foundation grant program, administered through the nonprofit Lexington REACH, to ensure that bargaining unit members at BOP, TSA, and other agencies received assistance during the shutdown. Following the shutdown and during the coronavirus pandemic, Robin has continued to coordinate many of our AFGE members to perform community projects to pay it forward for working families. 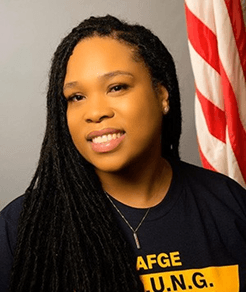 Shekina Givens presides as president of TSA Local 554, representing transportation security officers in airport hub locations throughout the state of Georgia. She also serves as the District 5 YOUNG Coordinator, assisting locals in Tennessee, Georgia, South Carolina, Alabama, Florida, and Puerto Rico. Shekina has done amazing work during her tenure in both positions and has proven time and time again that not only is she a leader in AFGE, but she is also a leader in the community.

Following her amazing leadership with these efforts, Shekina then began to focus on organizing and mobilizing voters to register for national and statewide elections in Georgia. Through her dedication and resilience, and by her courage to help lead the way, she has shown AFGE and many other leaders what can truly be accomplished by going the extra mile and by remaining unapologetic as a strong, black lesbian woman. For these reasons, and many more, Shekina was chosen by NVP Lannan to receive this award because she truly has proven that like NVP Emeritus Augusta Y. Thomas, she will lead AFGE through a movement and not just for the moment, in order to affect change and continue to advocate the progression of equality. 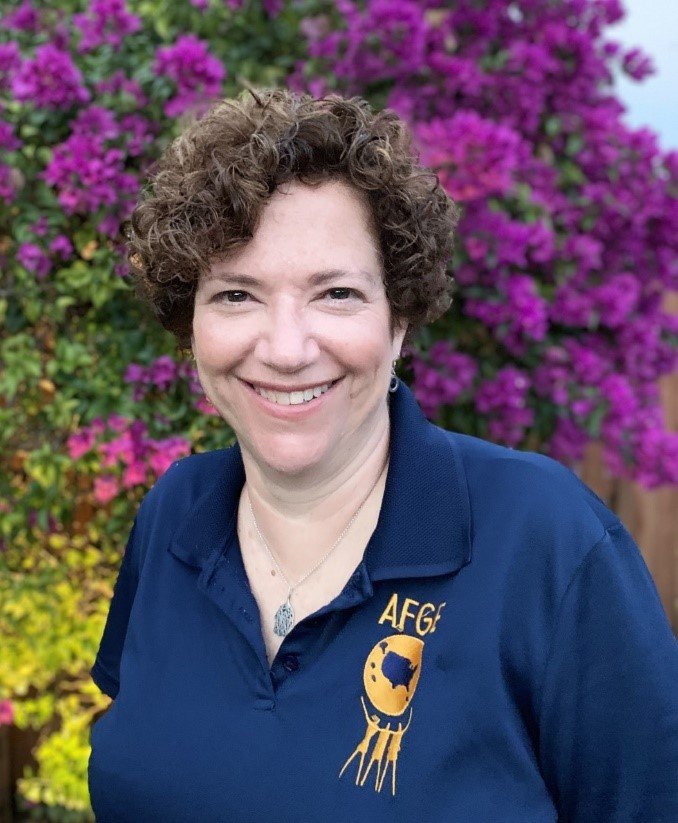 In November 2019, EEOC Commissioner Janet Dhillon issued a notice of proposed rulemaking attempting to deny union representatives the right to receive EEO official Time as covered under 29 CFR 1614.605, which would overturn 47 years of legal precedent and essentially make it harder for federal employees and union representatives to challenge workplace discrimination complaints. Immediately, Rachel stepped up to the challenge to help AFGE National combat this egregious proposal by mobilizing and organizing AFGE members nationwide against the EEOC’s attack on civil, human, and worker’s rights.

Rachel supported AFGE’s campaign by providing guidance and assisting AFGE’s efforts to try to prevent the EEOC from making a harmful rule change that would negatively impact victims of discrimination from getting representational assistance from their union representatives. She also worked hand in hand with AFGE National to issue press releases and member messaging along with the creation of two action alert campaigns that garnered around 11,000 comments being submitted to the Federal Register. She also assisted AFGE with legislative efforts that led to the creation of two congressional letters that generated the bipartisan support of 185 members from both the House and Senate.

As a result of her willingness to lead and work with AFGE National during these attacks from the most anti-union and anti-worker administration in AFGE’s history, NVP Lannan chose Rachel to receive this award. Her fearless approach and commitment to fight for the equality and rights of all people honors the enduring legacy of NVP Emeritus Augusta Y. Thomas.