Union Plus recently awarded $150,000 in scholarships to 106 students representing 31 unions, including seven winners representing the American Federation of Government Employees (AFGE). This year’s group of scholarship recipients includes university, college, and trade or technical school students from 35 states. The AFGE winners are:

“Education is a vital building block for success,” AFGE National President J. David Cox, Sr. said. “We’re pleased to be helping some of the labor movement’s most promising students achieve their college dreams 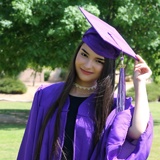 Lara is a 2017 graduate of Peoria’s Sunrise Mountain High School (SMHS). She plans to begin college this fall as a biomedical engineering major, with the goal of pursuing a master’s degree in the field. Lara hopes to make a positive difference in others’ lives by working to create life- changing solutions to biological problems. She remembers numerous occasions when her father’s AFGE membership positively affected her and her family, particularly when his job was recently threatened without just cause. “Thankfully, AFGE was able to help him,” Lara said. “My life and my family members’ lives would be drastically different without the union.” 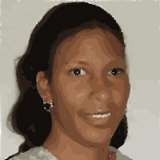 Gail is a graduate student through New Mexico State University’s online family nurse practitioner doctoral program. She completed her master’s degree in 2015 and expects to complete the doctoral program in July 2018. Believing in a holistic approach to medicine, Gail is pursuing her goal of providing primary care and preventative medicine, particularly to the underserved in America. Gail is currently a registered nurse with the medical telemetry unit in the Veterans Affairs (VA) Sierra Nevada Health Care System. Previously, she worked for the Federal Occupational Health Clinic in Sacramento, California, and at Saint Mary’s Medical Center in Reno, Nevada. “AFGE Local 2151 has empowered nurses at Sierra Nevada Medical Center to effect change at the facility—bringing actions to help maintain adequate staffing, systems design and proper equipment to achieve quality health outcomes,” Gail said. “I could not have gone as far in my profession were it not for AFGE and all they have done to balance the needs of nurses and elevate the profession.” 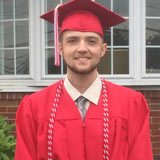 Colby is a 2017 graduate of Smyrna High School (SHS). He plans to begin college this fall as a sports management major with the goal of becoming a coach or athletic director. Colby was an offensive lineman on SHS’s undefeated football team his freshman year. Weeks after the season’s completion, he was diagnosed with leukemia and underwent a bone marrow transplant that kept him out of school for nearly two years. Despite this challenge, he graduated on time and in the top 10 percent of his class. Colby appreciates the direct impact his father’s AFGE membership has on him and his family. “The union has helped my family. It fights for better retirement and more affordable healthcare,” he said.

“Going through treatments to cure my cancer has been very expensive. Thankfully, insurance has covered most of these costs.” 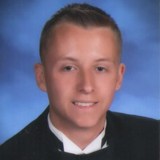 Seth is a 2017 graduate of Bristol’s Tennessee High School (THS) and will begin college this fall as a chemistry major. He plans to pursue a career in pharmacy or as a chemical engineer, working in pharmaceutical development and manufacturing. In 2016, Seth earned the rank of shodan first-degree black belt in Tetsu Shin Ryu Kempo Karate. He is an instructor at a local martial arts academy and has saved money for college through this job. Seth has learned about the benefits of union membership through his father, who works for the Federal Bureau of Prisons and has seen many of his co-workers seek union representation in response to false accusations. “My father believes the union is a great benefit, and he will be an AFGE member until he retires,” Seth said.

Michael is a psychology and pre-med major at the University of Alabama at Birmingham (UAB). He expects to graduate in April 2019. Michael, who was a 2016 Union Plus scholarship recipient, is enrolled in the UAB Honors College. As one of 10 students chosen for UAB’s Early Medical School Acceptance Program, he is guaranteed admittance to the UAB School of Medicine after completion of his bachelor’s degree. Michael was valedictorian of the 2015 class at Jefferson County International Baccalaureate School. Throughout high school, he volunteered at the UAB Medical Center, shadowing a cardiologist as a senior. Several years ago, Michael’s mother, a disability claims adjudicator with the Federal Social Security Administration, was wrongfully suspended without pay and contacted AFGE for assistance. “AFGE taught her about the interrelationships between the agency and bargaining union employees, and they saw to it that her money from suspension be returned and the manager that abused power be removed,” Michael said. “From my mother’s experience, I became aware of some of the injustices within the workplace and that employees need not be completely helpless to their superiors.” 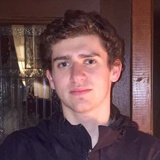 Jacob is a 2017 graduate of Towson’s Loyola Blakefield High School (LBHS). He will begin college this fall, majoring in computer science and foreign relations. Jacob intends to continue his studies with graduate degrees and aspires to an international cybersecurity career with a focus on finance and international relations. He tutors area high school students in pre-calculus and chemistry. Jacob said AFGE’s support of his family’s American dream is priceless, and he appreciates the benefits of his father’s union membership. “These benefits have given me a much finer appreciation for the power of organized labor and collective bargaining, not only on a personal level, but with the new understanding of how impactful union benefits are to millions of American working families,” Jacob said.

Volunteerism: Art With a Heart

Jack graduated as valedictorian of the Eagle River High School (ERHS) class of 2017. This fall he will begin college at Rensselaer Polytechnic Institute in Troy, New York, as a computer engineering major. Jack attended the 2015 Congress for Future Science and Technology Leaders, where he was inspired to pursue an engineering career. Because of his exceptional performance on nine Advanced Placement (AP) courses while in high school, Jack enters college with a lower credit requirement. His father retired in 2015 after 22 years as a U.S. Air Force nurse anesthetist and now works for a Veterans Affairs (VA) hospital. “AFGE empowers my father and his fellow providers to put vets first, not their paychecks, and ensures that he has a predictable and fair work schedule,” said Jack. “Thanks to the union, my father comes home happy from work every day.”

The Union Plus Scholarship Program, now in its 26th year, awards scholarships based on outstanding academic achievement, personal character, financial need and commitment to the values of organized labor. The program is offered through the Union Plus Education Foundation.

Since starting the program in 1991, Union Plus has awarded more than $4.2 million in educational funding to more than 2,800 union members, spouses and dependent children. Union Plus Scholarship awards are granted to students attending a two-year college, four-year college, graduate school or recognized technical or trade school. The selection process is very competitive, and this year over 5,100 applications were received from 65 unions and all 50 states plus the District of Columbia and three U.S. territories.