AFGE is saddened to report that we lost our long-time member and dedicated Defense Logistics Agency (DLA) employee Krissie Davis on Monday when she was killed in an indirect fire attack while working on Bagram Airfield in Afghanistan. 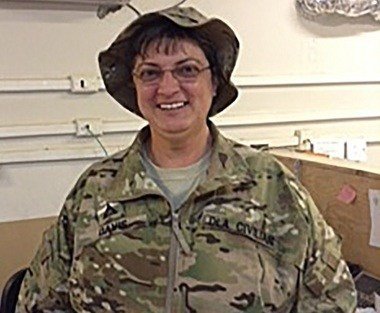 Davis, 54, was supporting Operation Freedom’s Sentinel as a property disposal specialist whose work involved disposing hazardous waste and used and excess weapons so they wouldn’t fall into enemy hands. This was her second deployment. She served in Kuwait and Kyrgyzstan in 2010.

A member of AFGE Local 1945 at the Anniston Army Depot, she had more than 30 years of federal service. She had worked for DLA for 22 years after having served at the Federal Bureau of Prisons and the Department of the Army.

This is a great loss for DLA and the federal government. AFGE would like to express our deepest sympathy and condolences to her family, friends, and co-workers.

More than 40 DLA military and civilian personnel remain at the agency’s disposal sites in Afghanistan, down from 150 during the mission peak in 2013.