AFGE mourns the passing of Donald Jordan, a 94-year-old retiree who had been an AFGE member for 49 years and 8 months.

Jordan was a coal miner before becoming a mine inspector with the Bureau of Mines where he joined AFGE on Dec. 1, 1972, as one of the first members of his local. In the 70s, Congress moved the inspectors out of the Interior Department and created a new agency called Mine Enforcement Safety Administration (MESA), which was later moved under the Department of Labor and renamed the Mine Safety and Health Administration (MSHA). Jordan lived in Trinidad, Colorado, but traveled around to inspect mines in nine states. 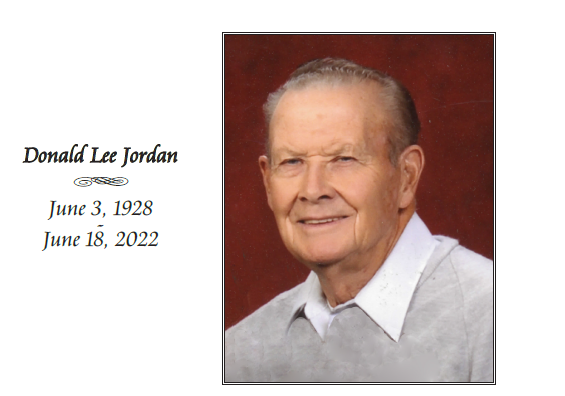 Back then, mine inspecting was a very dangerous job. Inspectors faced great risks of being injured or killed from mine collapses, toxic gas leaks, and explosions. Because natural gas doesn’t smell, they carried canaries down into the mine tunnels with them to detect gases. If the birds died, it was a sign that they needed to get out fast. If the gas reached a certain level, it could explode. In the early years, an explosion like that would kill hundreds of people at a time.

Because of the dangerous nature of the job, not a lot of inspectors wanted to work in coal mines. But the danger did not bother Jordan.

Mining safety has improved over the years, but it’s still a dangerous job. Instead of the birds, workers now carry flame safety lamps to detect gases.

When Jordan retired from his job in 1994 at the age of 65, he did not leave AFGE but stayed on as a retiree member of Local 3416. He was one of the oldest retiree members of AFGE when we launched our AFGE Retirees program in 2015.

Even after his health had deteriorated and he had to move to a facility that could provide the care he needed, he had his daughter call the local to send membership bills to her. Retiree membership dues at his local are only $3.05 a month, but it speaks volume about his strong commitment to the labor movement.

“He was a very nice person. He knew what he was doing,” said Local 3416 Secretary Treasurer Richard Coon who met Jordan when he joined MESA in 1975. “I hadn’t found anybody that had anything but praise for him. He was willing to help anybody that needed assistance. He mentored several mine inspectors when they first came to the agency.”

Before joining the civil service, Jordan served his country in the U.S. Maritime Service as a merchant marine during WWII. He was stationed in Long Beach, Cal. After he returned to Colorado, he led community church services at YMCA during the early years. He was a certified student pilot who also had a passion for being a cowboy.