April 19th is the 20th anniversary of the Oklahoma City bombing. The physical wounds of that day have healed and buildings have been rebuilt—but memories of the horrific bombing of the Alfred P. Murrah Federal Building in Oklahoma City continue to affect the lives of those who were in the building and their friends and family. 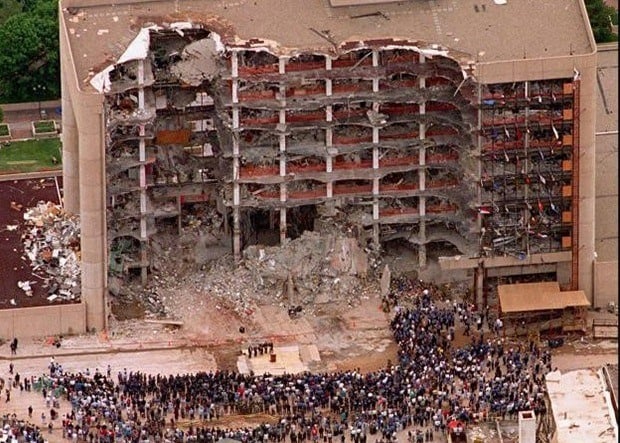 The year was 1995. Domestic terrorists Timothy McVeigh and Terry Nichols-- angry at the federal government over perceived slights-- sought to make a statement by destroying federal government property and taking the lives of government employees. On April 19th, a truck filled with explosives killed 168 men, women, and children and injured 680 others.

Thirty-five AFGE sisters and brothers who worked in the Department of Housing and Urban Development and 16 in the Social Security offices died that day. On the 20th anniversary of the Oklahoma City bombing, AFGE honors the memory of those brothers and sisters we so needlessly and suddenly lost. We mourn alongside the families who continue to grieve to this day, and renew our pledge to protect the health and safety needs of every federal government employee.

“I’ve been to Oklahoma City twice since the bombing and have witnessed the heroic rebuilding of a community. I’ve met with our members there, who exemplify the best of the human spirit.” - John N. Sturdivant, AFGE National President (1988-1997)

Immediately after the bombing, AFGE raised more than $400,000 through an established relief fund for families. The fund stands today as a permanent Fund for Emergency Disaster Support (FEDS) for natural and man-made disasters.

Today, because of the help of advocates like AFGE, legislation was enacted to increase the protection around federal buildings. Every government building is now staffed with trained security guards and safety personnel to ensure the health and safety of government employees.

AFGE remembers that day and honors the lives we lost by celebrating our brothers and sisters and all those who serve our country in the federal government.