Like police officers, state troopers and firefighters, Transportation Security Officers (TSOs) regularly put their lives on the line to protect the security of others.

Last November the first TSO was killed in the line of duty at Los Angeles International Airport. But unlike police officers, state troopers and firefighters, current laws do not provide the same death benefits that other federal law enforcement officers receive for TSA officers’ families.

Rep. Julia Brownley of California wants to change that. The Honoring Our Fallen TSA Officers Act (H.R. 4026) Brownley recently introduced would guarantee the same death benefits to TSOs as other federal officers. 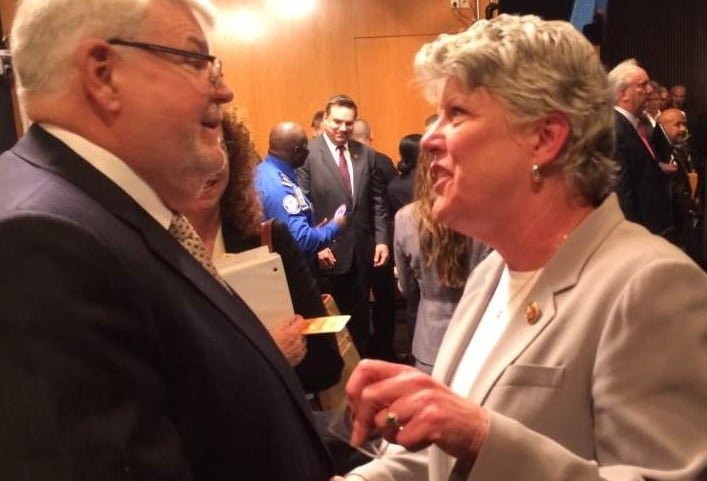 "Transportation Security Officers perform an important public duty, protecting Americans and the traveling public from threats to our aviation, rail, and transit systems," Brownley said. "They are the first line of defense at our airports, sea ports, and other transportation hubs. We should do right by them and their families if they are tragically killed in the line of duty."

AFGE activists and Locals are reaching out to their lawmakers to ask them to support the bill, which currently has 29 co-sponsors.