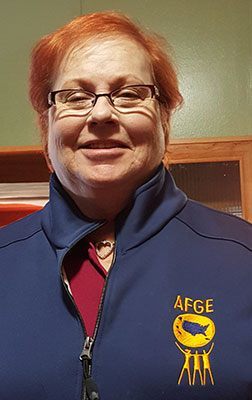 Mollie Tolbert was supposed to become a minister, but it wasn't long before she heard a different calling. That twist of fate couldn’t have been better news for the labor movement.

Tolbert retired in 2010 after 40 years with the Social Security Administration (SSA) in Gainesville, Florida, but she returned this year to help her local.

Tolbert has been organizing in the 57 SSA offices in Florida and Georgia. She’s even more committed to organizing in the face of change, and it has yielded excellent results. In a span of four months, she held more than two dozen organizing events and recruited close to 200 new members.

Her Secret? Simply ask employees to join the union.

Her success can be attributed to the basic rule of organizing: simply ask employees to join the union.

Tolbert said that “There are no non-members. There are only members and potential members” is the best advice on organizing she’s ever received. “We also have to remember that all individuals have different reasons to join. We have to find that reason and be able to inform that potential member of all the benefits available.”

“Mollie’s success is a testament to how important it is to keep retired AFGE activists involved with the union,” said National Organizer John Dean, who works closely with Tolbert in her organizing efforts.

Dean said when Mollie meets a new employee, she asks three basic questions: how long have they worked for Social Security, what is their job title, and would they like to join the union. “It has proven quite successful,” he added.

Tolbert has always been a super recruiter. When she was a district vice president in the early 1980s, she won the recruiting award for Local 4056 for three consecutive years.

But even a veteran organizer like Tolbert faces challenges too, particularly in keeping informed on the issues and solutions that matter to members both locally and nationally.

“No other AFGE activist that I work with has been as committed to organizing events than Local Vice President Tolbert.” - National Organizer John Dean

Leave, inadequate distribution of work, health and safety concerns, bullying by some management officials, and management’s failure to adhere to the contract are some of the most pressing issues facing her members. But she doesn’t fret.

Achieving a win for an employee who has been denied his or her rights is a great source of motivation for her. The dedication of the union representatives who serve with her also inspires her to work even harder.

Despite being one of the most effective organizers, Tolbert had no formal training in organizing. She simply believes very passionately in the labor movement and applies the skills she's picked up over decades of service to her coworkers.

She said she would never forget her first AFGE national convention in 1997 where she met then AFGE President John Sturdivant who made a lasting impact on her and solidified her belief in the labor movement. That happened to be Sturdivant’s last convention as a few months later he passed away after serving as the union’s president since 1988. This spirit lives on with her as she serves her colleagues each and every day.

Tolbert was a proud federal employee whose passion for the labor movement led her back to serving the public in a different capacity. Hers is a family of public servants. Her husband retired from the Navy and then SSA. One of her daughters also works for SSA. We thank Mollie and her family for their service.