The City of Houston recently gave him the high honor of proclaiming Feb. 23, 2021 Freddie Cuellar Day in celebration of all the work he has done over the past decade fighting for working class people and giving back to the community.

As a Navy veteran who’s taking on several leadership roles both at AFGE and in local organizations, Freddie has been deeply involved in his community. From speaking at rallies to end the 2019 government shutdown to fighting for Title 5 workplace rights for TSOs to feeding families in Houston affected by the ongoing COVID-19 pandemic, Freddie has been a constant advocate for working families. A native of Houston’s northside, he was instrumental to the effort to create a local park for the next generation of youth coming from his neighborhood.

In addition to his leadership role in the labor movement, Freddie is active in local politics. He has served in a variety of positions on local campaigns with the Harris County Democratic Party and the office of Congresswoman Sheila Jackson Lee. 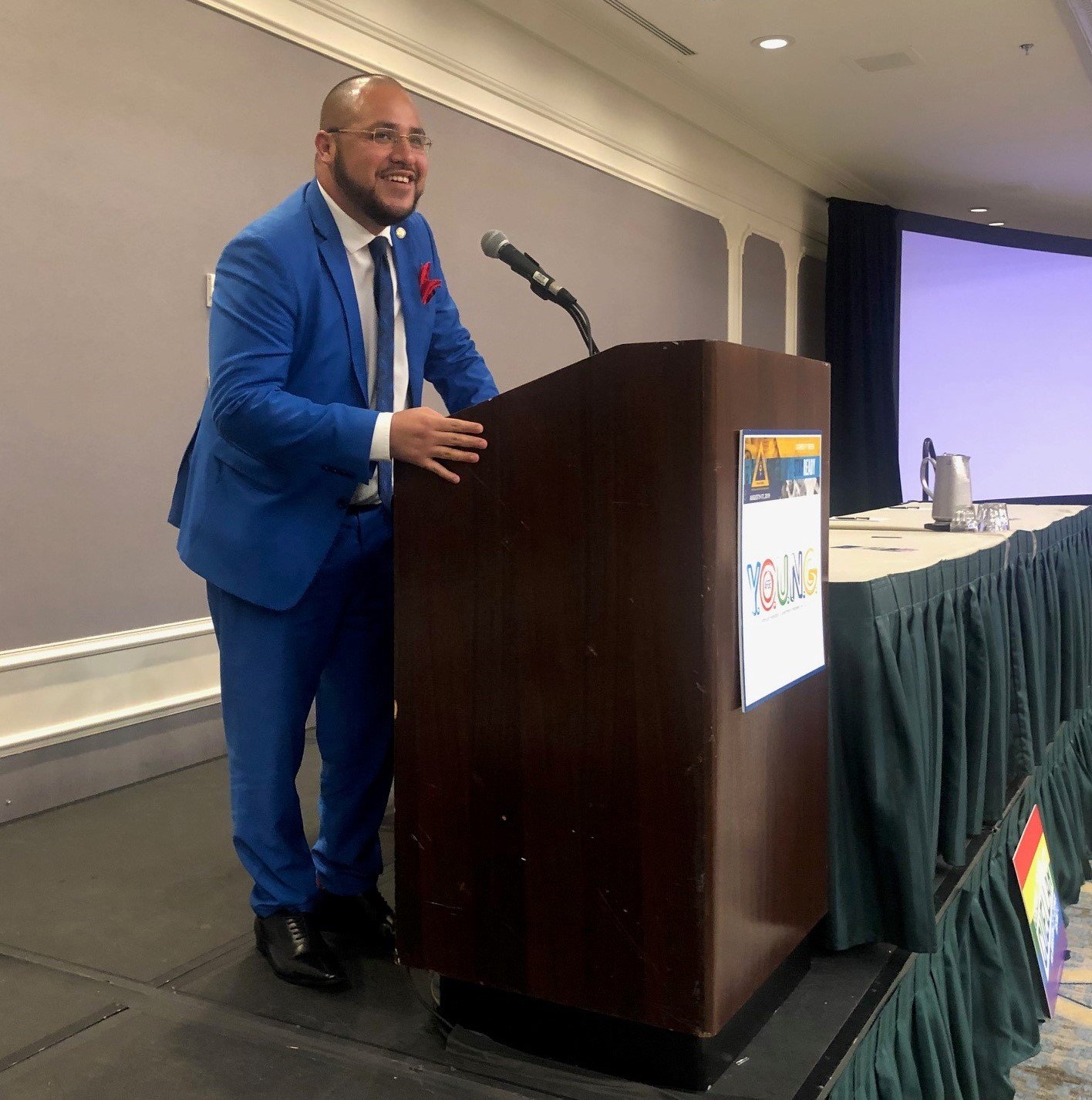 Freddie is a 3-time graduate from the Arena academy, an organization that trains and supports the next generation of candidates and campaign staff.

“Freddie Cuellar has distinguished himself as a young active leader of the labor movement for the last 12 years and American Federation of Government Employees (AFGE) local chapter president for the last five,” said Houston Mayor Sylvester Turner in a proclamation. “The City of Houston appreciates and commends Freddie Cuellar for his invaluable contributions in the fight for social justice, living wages, and fair treatment for all workers.”

Our union congratulates Freddie for this well-deserved honor!

“Freddie is truly an example for every AFGE member to follow – a person active in his union and in the community where he works and live,” said AFGE President Everett Kelley. “He has demonstrated through his actions the benefits communities reap from strong unions that can negotiate for good jobs that give workers the time and resources to give back. On behalf of all of us at AFGE, we are so proud to recognize Freddie for his tremendous contributions to our union and the greater Houston area.”

Freddie was elated to receive this honor.

“I was awestruck to be honest,” he said. “The calls, texts, and emails that I received from so many local and national union leaders, and elected officials to congratulate me and tell me they were proud of me was inspiring to say the least. I can also say that no matter how happy or proud everyone was of me to receive my own day in the city, I wouldn’t have been myself if I didn’t thank everyone who helped, inspired, or mentored me along the way and for that I am forever grateful.”

He added, “A day for me is a day for labor, a day for all my brothers and sisters who put in the work in everyday for the betterment of working-class people, our members, and labor unions.”