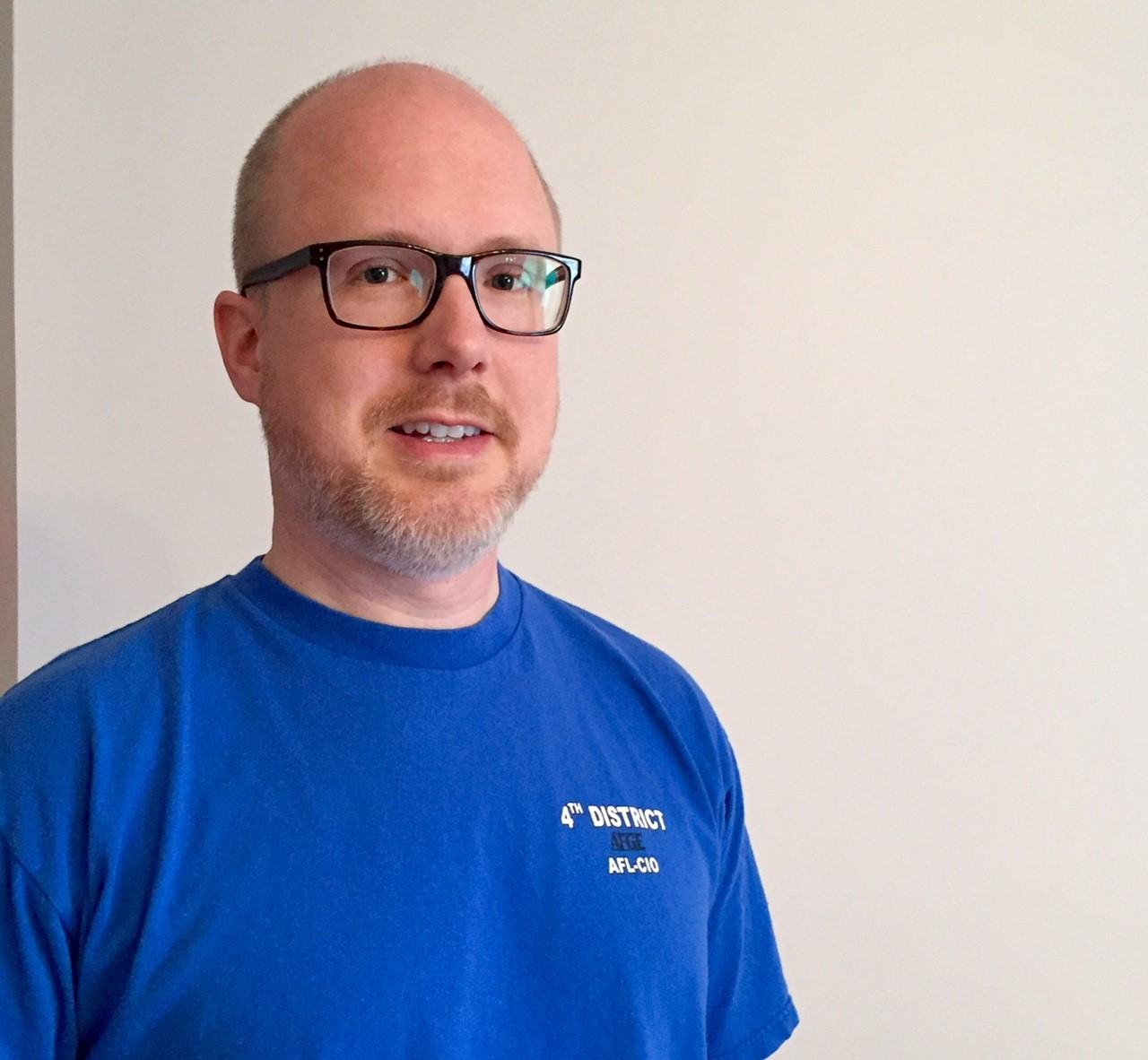 Joseph Fulks didn’t set out to become president of an AFGE Local at Washington-Dulles International Airport. He was happy being its vice president handling grievances on issues like Absent Without Leave (AWOL), Family and Medical Leave Act, and reprimands. His coworkers knew he was the go-to guy for these important issues that affect their career and families. Managers knew him, liked him, and worked well with him.

But when the then president of Local 445 stepped down and left TSA in June last year, Fulks was thrusted into the position and all the responsibilities that came with it. For the first time, he had to learn how to run the entire local which represents TSA officers in one of the busiest airports in the country.

Fulks had a vision for his local, but he quickly realized the local was not equipped to grow under the current structure. Their bank account was low, for example. Their bylaws that govern the local were outdated. They had no stewards. Out of about 600 TSA employees at the airport, the local had 151 members.

“I realized I needed to increase membership,” Fulks told AFGE.

To put his plan in motion, he reached out to AFGE District 4, which quickly put together a team of staff from the district and national office. Together, they developed an organizing plan for the rest of the year and beyond. Their goal? Double membership by spring 2018. But by the first week of December – only six months in – they were already there. Three hundred and seven TSA officers were now members of Local 445.

Several factors contributed to this organizing success, Fulks said: his rapport with the workforce, a good working relationship with management, and the member-to-member organizing strategy.

“The main thing that got the workforce excited is that I spent years representing employees. I followed through on stuff and handled hundreds of cases. So when the workforce heard I took over, they already had a sense of trust,” he explained.

The fact that Fulks is also a training instructor who has trained these TSA officers since 2009 didn’t hurt either. Many members of the airport’s Employee Advisory Council – a group of TSA officers who work to improve organizational effectiveness – were not a fan of the local before, but after Fulks took over, they did a 180. The EAC chairman is now a big recruiter for the local.

Fulks said a good working relationship with management makes it a lot easier to organize and grow the local. Their case load is a lot smaller because they’ve been able to work things out locally with management. He can text the Assistant Federal Security Director (AFSD) and he texts him back. He invites management to events like Lunch and Learns. In the past, because of high attrition, they had new FSDs and new deputies all the time. Now he has the same FSD whom Fulks was able to develop a good working relationship with.

“I try to include them as much as possible because these things are all boiled down to people and relationships,” he said. “The FSD thanked me personally for increasing professionalism for our local here and for the ability to work with management.”

Things that may seem trivial like scheduling meetings and not cancelling them, having an agenda and sending it in advance, and being responsible with everyone’s time actually make the local look more professional.

To increase membership, the local also relies on members asking their co-workers to join. Fulks also created a position – Local Organizer – for one particular member who has a gift for recruiting. He’s now one of the local’s eight stewards who help represent the workforce.

“As any experienced organizer will tell you, employee to employee contact is much more effective for increasing membership than when someone from the outside like the National Organizer or National Representative makes the pitch for membership,” said District 4 National Representative Kevin Droste, who, along with Membership and Organization’s National Organizer Joe Jones, is instrumental in helping Fulks grow the local.

Fulks and the team are excited about their future. They had their first steward training at the airport. They have a regular organizing drive for both day and night shifts. They’re going to have new bylaws. Their Facebook page (@afgelocal445) has gained more members from ridiculous six to a couple of hundred.

“My goal is to create a better work environment for our workforce, be more responsive to our workforce, and continue a good relationship with management,” he added.