Brandon Bryant had a rude awakening. It was half-past midnight when he peeled himself out of bed after hearing a loud gurgling noise. At first, he thought it was the sewage backing up. But when his feet touched the ground, he realized his bedroom was flooded. Brandon peeked outside and saw water, up to five feet deep, blanketing his entire neighborhood.

Brandon, a VA employee at the Baton Rouge VA outpatient clinic and a member of AFGE Local 3553, woke his wife. They went to the garage and found their two cars sitting in water.  As the water poured in, he gathered their three-month-old son, grabbed a can of milk and bag of diapers, then fled. They waded through the water for a quarter mile to Florida Boulevard, the nearest highway. That's where they met first responders and were whisked away to safety.

Brandon’s home was one of 40,000 in Baton Rouge that were submerged by 7.1 trillion gallons of water. That's three times as much water as Hurricane Katrina rained down on New Orleans in 2005. Meteorologists call it a 'once-in-a-1,000 year storm' and it has killed at least 13 people.

His family was safe, but they lost everything, including the two cars. Because the area where Brandon lives is not considered a flood zone, his and his neighbors' homes are not insured. He would need to take out a loan to cover the damage in addition to whatever assistance he could get from FEMA.

As a former Marine, Brandon reached out to the local Disabled Veterans of America. They gave him a check for $500. His co-workers chipped in $100 to help with necessities. He got clothes for himself and his family from donations and has applied for any assistance he can get. He now lives with another family at his mother-in-law’s.

“We’re trying to survive,” he said over the phone. “We’re day-to-day.”

Like Brandon, Marcus Hives is taking it one day at a time. His house was swallowed by six and a half feet of flood water that took everything he ever owned. Marcus 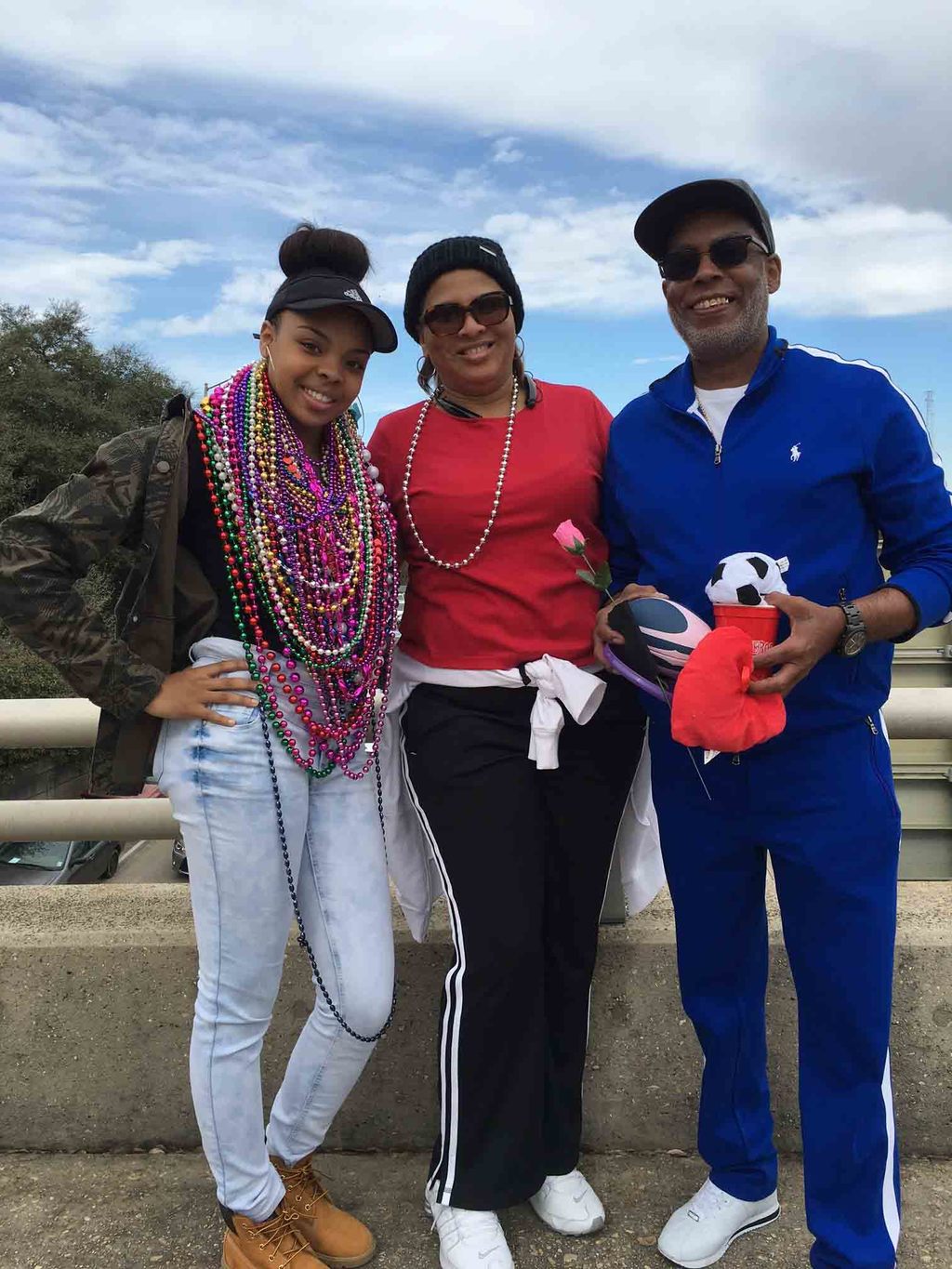 and his family now live at his mother’s house.

Even though the water stayed for only four days, it left behind debris and an uninhabitable house. He took two weeks of vacation to do general cleaning, including removing all the walls and doors to prevent molding. Every piece of furniture was destroyed.

The Hives' 15-year-old daughter, Markeisha, is inconsolable. She excels in volleyball, basketball, and track, but lost all of her sports equipment during the disaster.

Marcus, a patient service assistant at the VA clinic and a member of Local 3553, tries to take comfort in the fact that his house is insured as it’s located in the flood zone. But that doesn’t replace three decades of possessions and memories he and his family had built together.

“It’s hard,” he said. “I have to be strong for my daughter. She’s been crying a lot. She doesn’t understand.”

Aid and Comfort in Solidarity

AFGE Local 3553 monitored the situation and immediately reached out to Marcus, Brandon, and six other AFGE members who have been affected by the flood.

In addition, the local is working with the District 10 National Vice President Cheryl Eliano to provide them with gift cards to help with necessities. Local President, Ann Fisher sent a letter to Fernando Rivera, the Director of the Southeast Louisiana VA Health Care System, asking him to give the impacted employees a week of paid administrative leave to try to put their lives back together.

Rivera sent her email to the VA Under Secretary David Shulkin, who in turn, gave him the authority to grant the request. The local also provided contact information for disaster-relief organizations like FEMA and Federal Employee Education and Assistance Fund.

Meanwhile, Denny DeMay, president of the AFGE National Council of Field Labor Locals (NCFLL), was also trying to get assistance for impacted AFGE members. The NCFLL worked with the Department of Labor to establish a leave-transfer program for impacted employees. Then, DOL contacted the Office of Personnel Management. Soon thereafter, on Sept. 6, President Obama announced that federal employees would be able to transfer leave to those impacted by the flooding.

"While Federal departments and agencies rally their capabilities to support these efforts, many of those same Federal employees are personally impacted by the storms in Louisiana and are dealing with overwhelming personal losses," President Obama stated in the memo.

“We’re trying to do everything we can to help out,” said Fisher. “This is a tough situation for anyone to be in.”