How did one local organize hundreds of members without inviting a single non-member to their event? 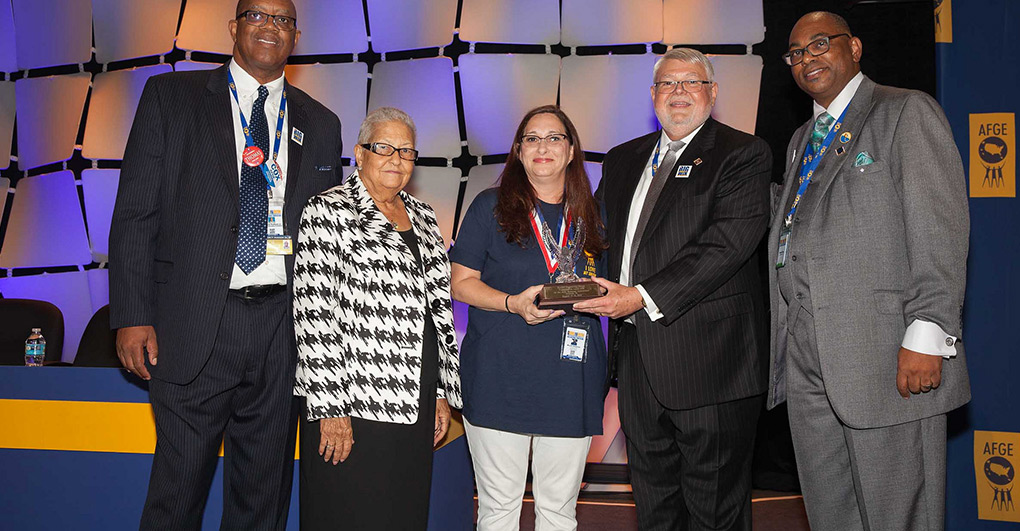 For Muriel Newman, a beauty pageant contestant-turned-local president, union work was love at first sight. She was an AFGE member and a clinical chemist in the laboratory at Malcom Randall Medical Center in Gainesville, Florida, when the former president of her local asked her to help with another member’s case filed with the Merit Systems Protection Board (MSPB).

That union activity changed the course of her career. She loved it immediately. Labor relations and labor law excited her. She felt like she belonged.

That was in 2007. Now, as local president of AFGE Local 2779, she’s even more involved in defending the rights of professional and non-professional employees at the VA hospital. Organizing is a major priority for Muriel. Under her leadership, Local 2779 won AFGE’s top organizing award at the 40th National Convention.

But according to Muriel, there isn’t just one magical solution for organizing success. You have to set ambitious goals and work hard to accomplish them.

“We organize daily,” Muriel explained. “Everybody in the office has to ask a person we meet on a daily basis ‘Are you a union member’?”

The local holds monthly and seasonal events, like their summer BBQ where they roasted a pig on the lawn of the hospital. During their festive cookout, AFGE Local 2779 recruited more than 100 new members.

Asked what are the challenges in recruiting, she said “apathy.” Sometimes, employees just don’t think they can do anything to improve their situation.

“To overcome that, you have to get people involved,” she said. “To get people interested, you have a Lunch and Learn or informational event on the hot button issues. I look at what we are writing grievances on and organize around that. I also make some events members only. It seems to drive non-members crazy and they join. My two biggest events were for members only and between both events I had about 190 people join.”

The local also purchases items from the AFGE store and gives them out at events along with food. They strive to create a fun and inviting environment to make successful events.

“It doesn't have to be lavish, just an inviting environment can do the trick,” she added.

Local 2779's goal is to become the largest local in District 5, which also won a convention award for having the largest percentage increase and the largest increase in members.

As a Department of Veterans Affairs employee, Muriel knows all too well how some lawmakers are targeting VA employees and their union — and it helps motivate her to grow her local.

“We have to grow our union in many ways. We have to be "Big Enough to Win," she said. “You know the old saying ‘money talks’? In the union world, it's 'membership numbers talk.'”

Muriel graduated from the University of Florida with a bachelor’s degree in public relations. After graduation she went to work for a large pharmaceutical company where she first witnessed scientific research on a large scale. After her experience, she went back to school and got another bachelor’s degree in clinical chemistry which eventually led her to the VA.

Before being elected local president, she served as chief steward of the local. Her work as a union activist isn’t confined to the VA hospital. She serves her community and was recently elected to the 2nd VP position at her local Central Labor Council.

5 Things You Didn’t Know about Me