How Government is Burning Through Your Money 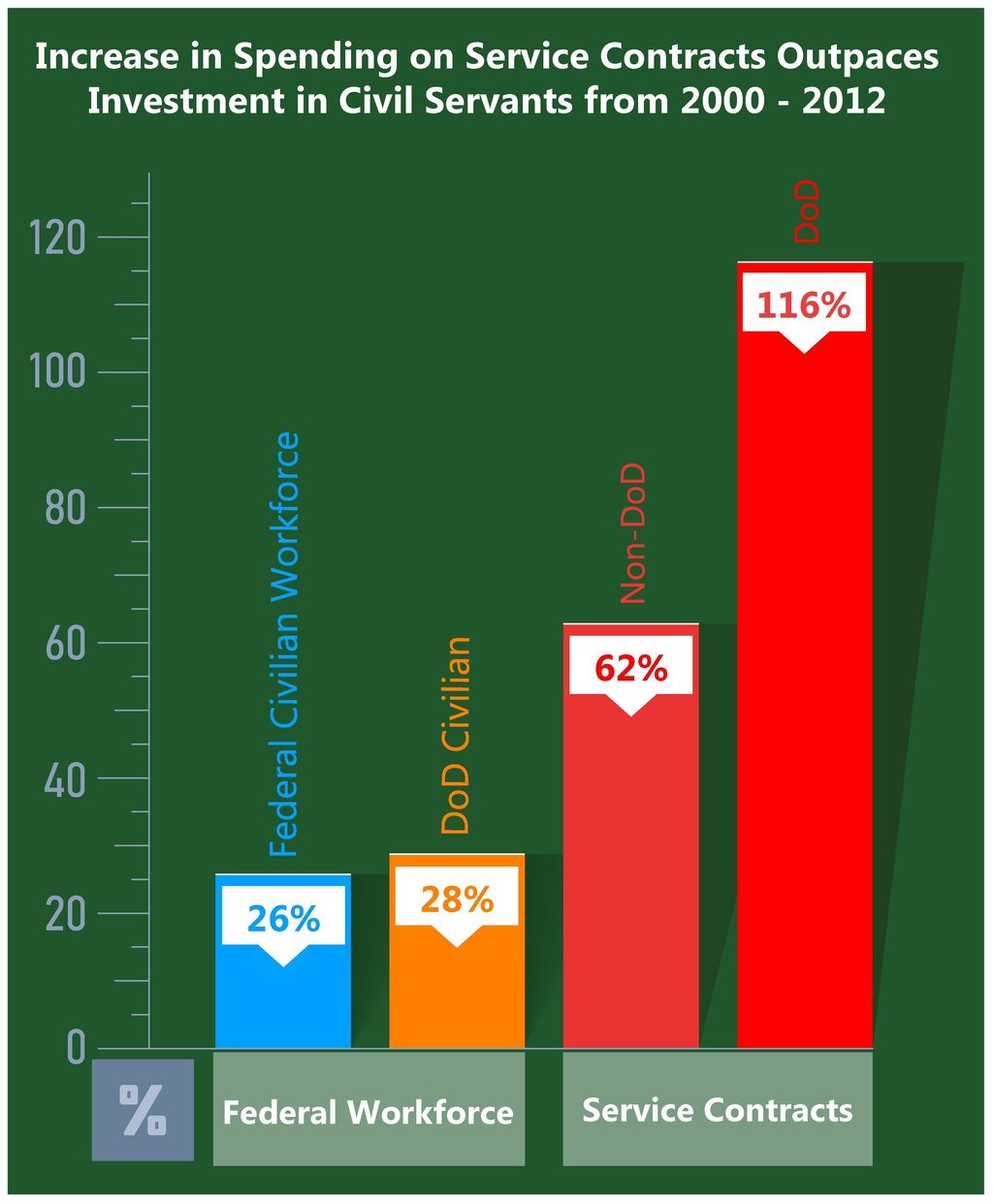 This trend is dangerous, not only because of the huge amount of money wasted but also because handing over control of public functions to for-profit private businesses could affect the nation’s security and readiness. Considering the fact that the Defense Department is the biggest outsourcer, the threat is bigger than you think. The department is also increasingly using military personnel in place of civilian personnel for non-military functions, even though military personnel cost more than civilian personnel and sometimes even more than service contractors.

These numbers from 2000 and 2012 show the extent to which federal agencies were wasting money on expensive contractors when they could have hired civilians to do the work.

The Defense Department was leading the pack. DoD’s spending on service contracts went up 116% between 2000 and 2012 while investments in civilian employees increased a mere 26%.

The small increase in the civilian workforce during that period of time was for good reason. According to the DoD Comptroller, 50,000 positions were added to replace more expensive military personnel. Similarly, 30,000 were added to replace more expensive contractor personnel. Civilian positions were also added for acquisition, health care, and cybersecurity.