The non-federal public sector unions face the potential of moving from a system where everybody joins or pays a fee to a system similar to how AFGE operates, where every member joins and pays dues on a voluntary basis.

Among the unions in the room were AFSCME, AFT, UFCW, SEIU, IBEW, Teamsters, AFGE, IATSE, IAFF, UMWA as well as staff and officers from the Philadelphia Central Labor Council and the Pennsylvania AFL-CIO.

“AFGE reaffirms our solidarity with our union brothers and sisters in the fight to protect good jobs and our voice at work,” said NVP Glover. “When we work together towards a common goal, we are stronger.”

“I was humbled and thrilled to share our AFGE experience with so many other unions as they prepare for what will be a monumental change in how those unions operate", said DeWyngaert. 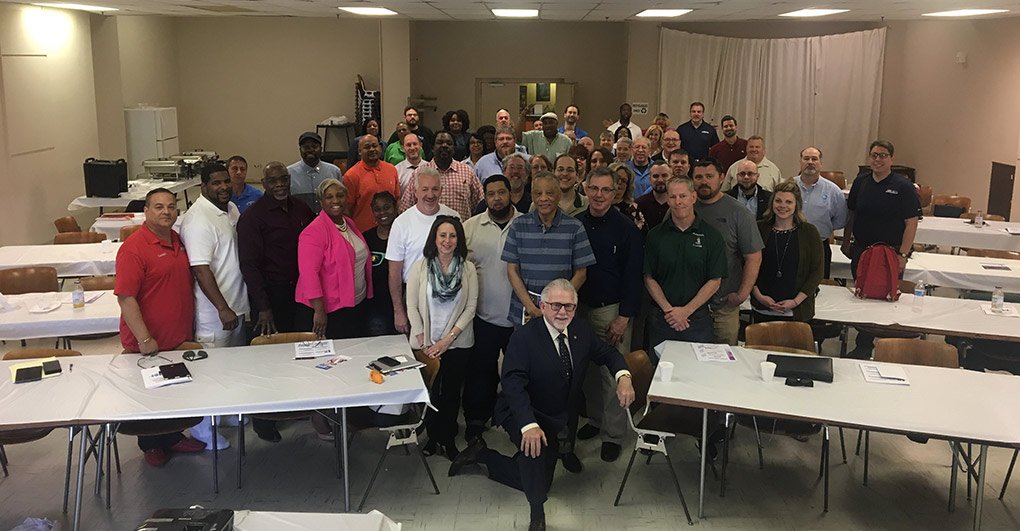 But the wealthy don’t want workers to come together and negotiate for a better life. They and their mouthpieces in state legislatures have succeeded in weakening our voice in the private sector with the right-to-freeload laws. And now they’re coming for us in the public sector.

An important case pending in the Supreme Court, Janus v. AFSCME, is an example of how these special interests are trying to destroy the labor movement and our democracy. The Court on Feb. 26, 2018 heard arguments on the case, and the current makeup of the court could spell bad news for working people everywhere.

In a nutshell, the justices are deciding whether to grant the right to freeload to nonunion members.

Currently, nonunion members who don’t pay dues but enjoy the negotiated benefits of union membership such as pay raises and better health and retirement packages are required to pay a fair-share fee. The Supreme Court will decide whether it’s okay for them to get all these benefits without paying a dime.

If the supremes rule against AFSCME, the right to freeload will extend to public sector employees nationwide. Unions will lose resources, which means working people will likely see a pay cut, have to pay more for health insurance, and are less likely to have any money saved up for retirement. Good jobs will disappear. The rich will get richer, and the rest of us are left fighting for the scraps.

What can you do?

Ask your coworkers to join a union! It’s the most powerful way to fight back and send a message that they cannot destroy us. The union is everyone. It is as strong as we want it to be. So join a union today and protect our freedom to fight for fair compensation, affordable healthcare, and retirement security!