May is Asian American Heritage Month 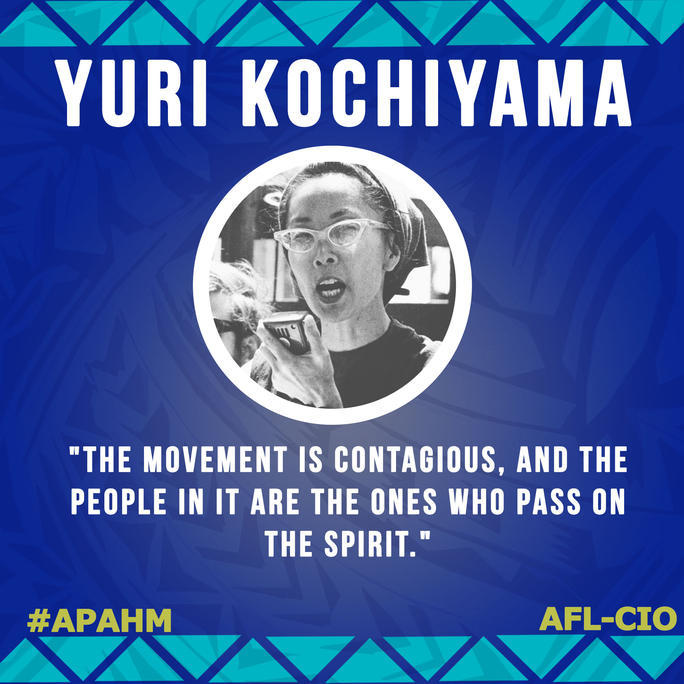 This month is Asian Pacific American Heritage Month. AFGE joins the AFL-CIO in honoring past and present Asian American and Pacific Islander (AAPI) activists and organizers. This week we honor:

Yuri Kochiyama. Kochiyama is probably most well-known for holding Malcolm X in her arms after he was assassinated while speaking to the Organization of Afro-American Unity members. Read more.

Did you know? That Young-Oak Kim was the 1st AAPI colonel who led the famous 100th Infantry Battalion in WWII. The men of the 100th selected “Remember Pearl Harbor” as their motto, indicative of their outrage at the attack on their country, the United States.