If you stand for “family values,” then you need to walk the talk. President Barack Obama did just that this week when he issued an executive order directing agencies to grant six weeks of advanced paid leave to federal employees to care for a new born or an adopted child, take care of an ill family member, or attend to similar matters. He’s also asking Congress to pass legislation that would give them an additional six weeks of paid parental leave. The bill would also allow parents to use sick days to care for a healthy child after a birth mother’s period of incapacitation or after an adoption.

“While federal workers already have access to paid sick leave and vacation time, the government has fallen behind industry-leading companies and offers no paid time off specifically for family or parental leave,” says a White House fact sheet.

“This proposal helps narrow a gaping hole in the benefits offered to federal employees, who currently receive no paid leave upon the birth, adoption or fostering of a child. Instead, federal workers must use their own vacation or sick days,” President Cox said. AFGE President J. David Cox Sr. praises the president for this pro-family policy. 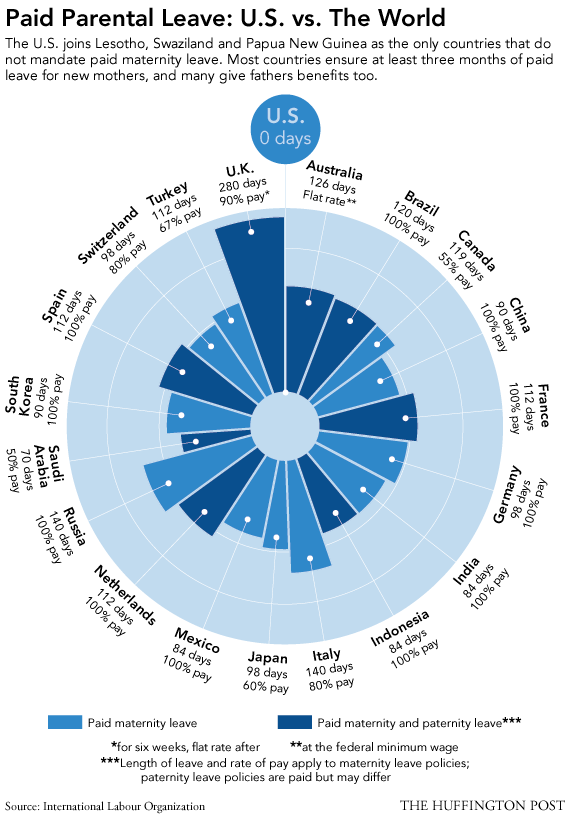 President Cox added that federal employees are only able to accumulate a maximum of 30 days of annual leave, which is hardly enough time to provide care to a newborn or newly adopted child. Because of this, employees are forced to either take off work without pay or return to work far too soon, robbing their children of early nurturing that’s vital for future development. “The federal government already reimburses its contractors for the cost of paid parental leave. It’s time for government to extend these benefits to its own employees,” he said.

This week President Obama also called on Congress to pass the Healthy Families Act that would provide up to seven days of paid sick leave a year to millions of workers, who can use this paid sick time to take care of themselves or family members. The president is also urging states and cities to pass similar laws. Currently, only three states – Connecticut, California, and Massachusetts – have adopted paid sick leave laws. According to the White House, 43 million private-sector workers are currently without any paid sick leave. Many workers have to go to work sick, putting their co-workers and customers at risk.

“Even if workers have access to paid sick leave for themselves, they may not be able to use it to care for sick children,” states the White House fact sheet. “This forces many parents to choose between taking an unpaid day off work – losing much needed income and potentially threatening his or her job – and sending a child who should be home in bed to school.”

Full article available with subscription at the Wall Street Journal