Matt Brigson is excited about his trip to Cité Soleil in October.

The extremely impoverished commune in Haiti’s capital city of Port-au-Prince is considered one of the most dangerous places in the world. Bullets fly. Teachers and students run for cover when the gangs start shooting. If a boy is not in school by the age of 9, he becomes part of the gang.

But that’s exactly why he wants to go. Matt, a police officer at Fort McCoy and a vice president of AFGE Local 1882, has been involved in Better than Bullets, an after-school program that gives youth an option to do something else other than joining a gang. He heard about the program from a friend who introduced him to a volunteer at Upstream International, a non-profit organization that created the Better than Bullets program and builds schools in countries in Africa including Haiti.

Back then, the kids took karate lessons, but because they were so poor, they had to train in street clothes. When they competed with other kids in other parts of the city, they would be the only ones that competed in street clothes. Matt, a karate instructor, decided to do something about it. He held a fundraiser and was able to send 50 karate uniforms and various equipment to Cité Soleil.

"As you’re going there and seeing other kids in uniform and you don’t have one, that could have a big psychological effect on you."

“You and I both know that when you’re doing anything, how you look and feel is a big part of it as well. As you’re going there and seeing other kids in uniform and you don’t have one, that could have a big psychological effect on you,” he explained.

That’s why seeing the pictures of the kids in their new uniform for the first time moved him immensely. 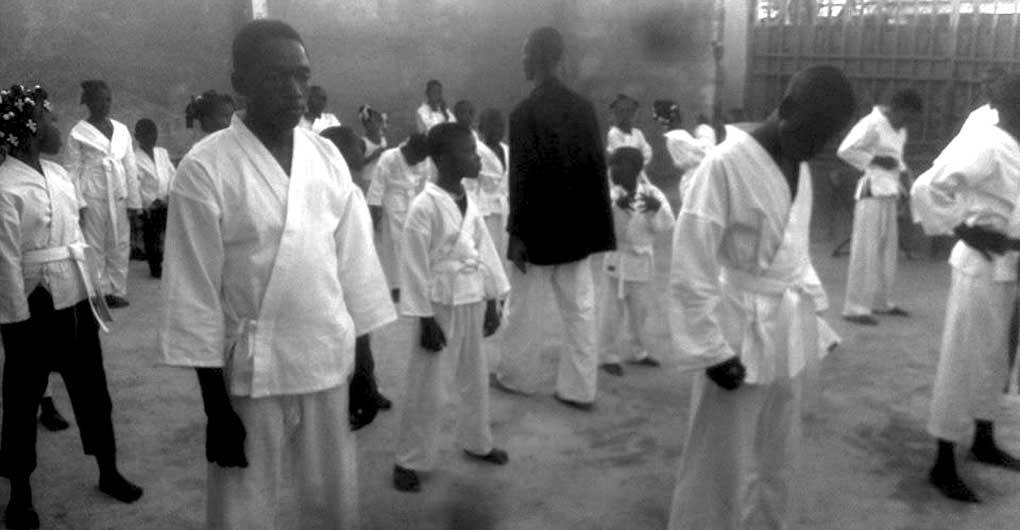 “You can’t explain the feeling. They said when they got the boxes, they were beside themselves,” he said. “That’s just great and humbling too. You think of all the things we take for granted.”

That was two years ago. Matt continues to do everything he can to support the program. He also sent large donations of school supplies to kids when Haiti was devastated by Hurricane Matthew last year.

But that’s not the only reason Matt has been selected AFGE Law Enforcement Officer of the Year.

As a police officer at Ft. McCoy for 15 years, Matt helps train new and existing officers, utilizing his training as a certified instructor in Defensive and Arrest Tactics, Emergency Vehicle Operation and Control, Vehicle Contacts and Professional Communication Skills. He continues to be a tremendous resource for newer officers long after the initial training period ends.

Besides his volunteer work abroad, Matt stands out for his contributions to his local community. Since 2010, he has taught karate lessons to students out of his home at no charge. He currently has 12 students, age 9 to 63 – the 63 year old being his dad, obviously inspired by him. Three of the students are foreign exchange students from Germany, Brazil, and Bangladesh.

His passion for karate and compassion for others led him to form a non-profit organization called WMA Productions Inc. to support the karate community. Matt's charity has put on this tournament called the Coulee Region Free Tournament for the past four years and it's free for competitors and spectators. Tournaments typically have at least three events that people can compete in, and the prices range from $25-60 per event, which can get very expensive for families with multiple martial artists. 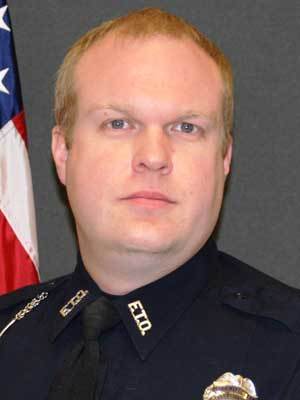 "Our goal is to give kids and adults who love martial arts and wish to compete the opportunity to train and compete in a tournament and do so without worrying about the traditional costs associated with tournaments," he said. "We also want to encourage people of all ages to come to the tournament and look at the martial arts as a way to keep healthy, active and exercising their entire life. You are never too old to start training!"

“Matt actively helps the department improve on and maintain a positive image in the community,” said Jeff Zuhlke, president of the AFGE Law Enforcement Committee. “He and all of the nominees this year are shining examples of dedicated law enforcement officers and federal employees. They represent the best of AFGE.”

“It’s a humbling feeling,” Matt replied when asked how he feels about being selected. “I don’t really have a word for it.”