Senators Must Uphold the Constitution and Consider a Supreme Court Nominee

One of the remarkable things about our democracy is the changing of the guard. Our founders explicitly laid out how power transfers from one administration to the next.  The Constitution has guided the plan of succession for more than 225 years. Well, it had until Supreme Court Justice Antonin Scalia passed away last week. Now lawmakers in the United States Senate seem to have developed constitutional amnesia.

Here's the relevant excerpt from the Constitution:

[The President] shall nominate, and by and with the advice and consent of the Senate, shall appoint ... Judges of the Supreme Court.

Pretty clear, right? President Obama, who has almost a year left in office, gets to pick a nominee, and the Senate gets to say yes or no after vetting him or her.

It's curious then, that Senate is determined to keep the position open, especially since President Obama has made it clear he will nominate a candidate for the bench. Nowhere in the Constitution does it say this process doesn’t apply in an election year. Contrary to what you might have heard from these senators, this country has a long history of nominating and confirming Supreme Court justices during a presidential election year.

Facts at a Glance:

It would be irresponsible and unprecedented to let a vacancy on the Court extend into 2017.

“As many commentators have said about the Senate in the wake of Justice Scalia’s passing: Do your job, and vote on the President’s nominee. We agree,” said AFGE President J. David Cox Sr. “We expect the President will do his job that the American people overwhelmingly elected him to do. Twice.”

"The Court has decided many important cases that have had a lasting impact on the American people, like voting rights, marriage equality, pregnancy accommodations, and many other important cases. Delay would be damaging to our democracy," said AFGE National Vice President for Women and Fair Practices Augusta Thomas.

Former Supreme Court Justice Sandra Day O’Connor, President Ronald Reagan’s nominee and the first woman to serve on the Supreme Court, rejected the idea that the next president should get to pick the nominee. 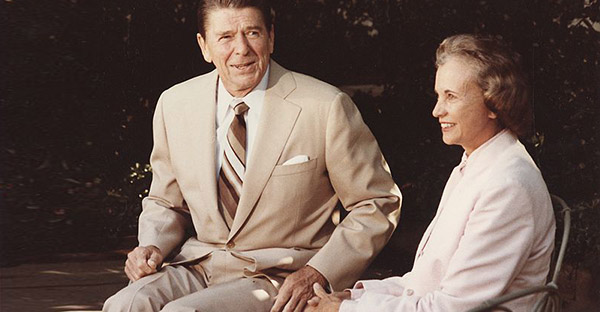 “I don’t agree. I think we need somebody there now to do the job, and let’s get on with it,” she said.

The vacancy that occurred in an election year “creates too much talk around the thing that isn’t necessary,” she added.

The Senate owes it to Justice Scalia to expediently consider his replacement. For the nearly three decades Justice Scalia served on the Court, he approached the job with a fervor for his personal brand of Constitutional jurisprudence. Justice Scalia's impact on our nation is unquestionable.

"A fitting tribute to his life and his life's work would be to ensure that the work of the Supreme Court continues uninterrupted, with a full complement of justices on the bench,” Cox said. “President Obama should immediately appoint a new justice and the Senate should speedily confirm the nominee.”