The Real Reason Why TSA Officers Rallied in Chicago

Although thousands of Americans are aware of the long lines at airports, they may not have a complete picture of the cause. That's why AFGE TSA Officers at Chicago O’Hare International Airport rallied on July 25 to demand that Congress end long wait times by improving working conditions to retain current officers.

At O'Hare, one of the world’s busiest airports, passengers waited in checkpoint lines close to two hours in May. But a busy airport isn't the only challenge that TSOs face. 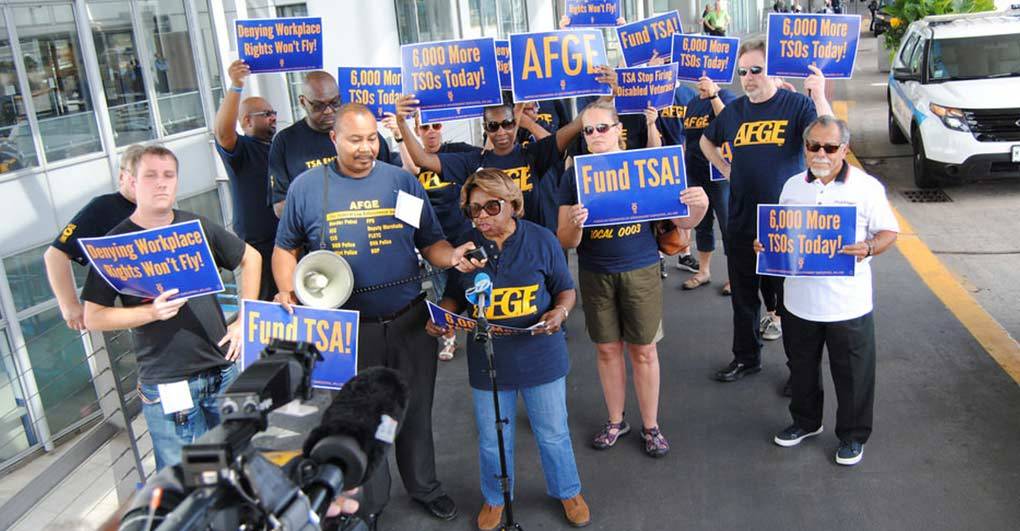 The rally was held just a few days before the AFGE TSA 100 Bargaining Council goes back to the negotiating table after reaching a stalemate during the first negotiating period. Negotiations begin again on August 1 and end on October 3, 2016. Until then, the current contract remains in place.

“We heard our members loud and clear so we’re going back to the table,” said AFGE TSA Council 100 President Hydrick Thomas. “TSA Officers are essential to the safety of our country. Low pay and poor workplace conditions won’t be tolerated.”

TSOs are paid on a different scale than other Department of Homeland Security Employees, don’t have the same basic workplace rights and protections under the law, and are regularly fired for pre-existing medical conditions. Once, a TSO was fired when the agency determined her pregnancy "adversely impacts safe and effective performance of job tasks."

As you can imagine, these working conditions make it even harder for TSA to keep current officers, let alone find new workers.

“TSA Officers are essential to the safety of the flying public but we are treated like second-class citizens,” said AFGE Local 448 President Scott Robinson. “It’s making it harder and harder to keep good officers and hire new ones to keep up with travel demands.” 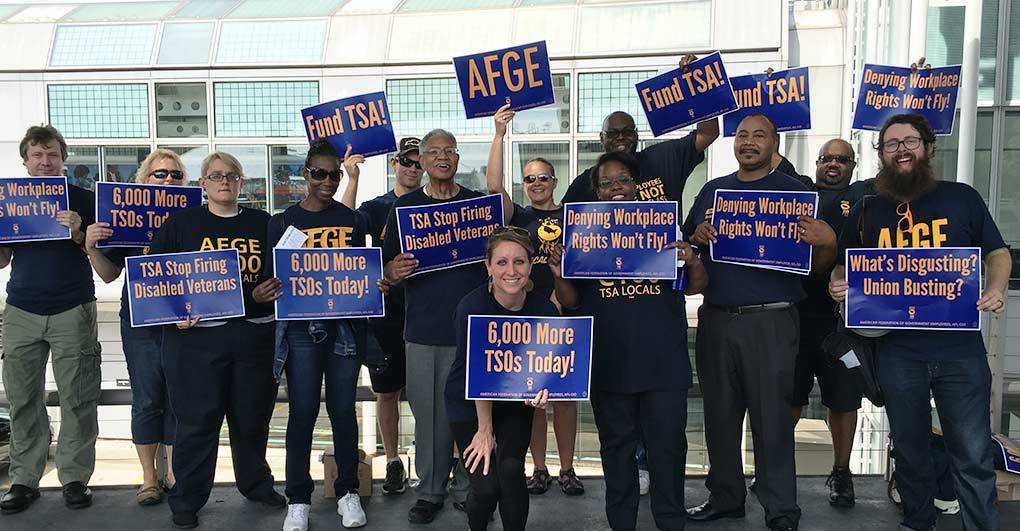 But lawmakers skipped town without finding permanent solutions to the address chronic short-staffing that has resulted in long lines.

Although the summer travel season is nearing a close, the problems at TSA persist. AFGE members who work at TSA will continue to organize demonstrations until Congress and the agency commits to improving the workplace for TSOs and ensuring the American public is kept safe without having to endure endless lines.