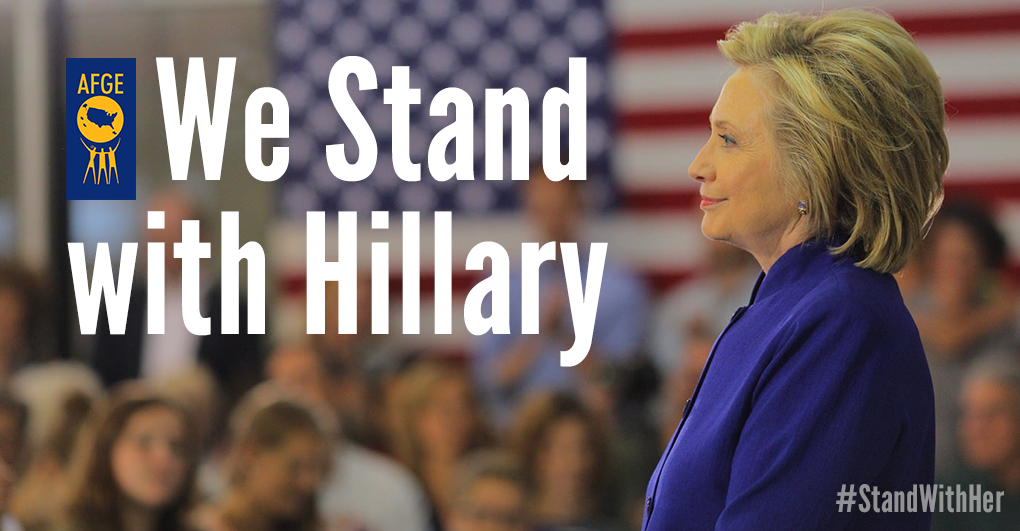 The 2016 presidential election is fast approaching, and no one will be impacted more by our nation's decision than government employees. The next president will be our boss for four years and hold enormous sway over our jobs, our pay, and our retirement, and we must do everything we can to support the candidate who supports us.

AFGE needs to make sure that whoever occupies the White House values our work and our agencies' mission to serve the public. We need someone with the spine to stand strong against the anti-government ideologues that want to shut down the government and eliminate your jobs.

That's why AFGE is proud to endorse Hillary Clinton for President of the United States.

“Secretary Clinton shares AFGE’s vision for a strong and vibrant government workforce that has the necessary tools and support needed to deliver vital programs and services to the American public,” said AFGE National President J. David Cox, Sr. “The American people count on government employees to keep their streets safe, deliver their Social Security checks on time, and care for our nation’s heroes at veterans’ hospitals, and AFGE can count on Hillary Clinton to help us get it done.”

While many candidates have used government employees as political punching bags, Clinton has stood up for employees at the VA and other agencies. While other candidates are trying to raid your pay, Clinton wants to protect it - and give you a fair raise. While many candidates want to destroy AFGE and other unions, Clinton believes unions are critical to building a vibrant middle class. While other candidates have introduced legislation to make federal employees at-will, Clinton is committed to protecting you against retaliation, discrimination, and wrongful personnel actions by allowing union reps to do their jobs protecting frontline employees' fundamental due process rights. 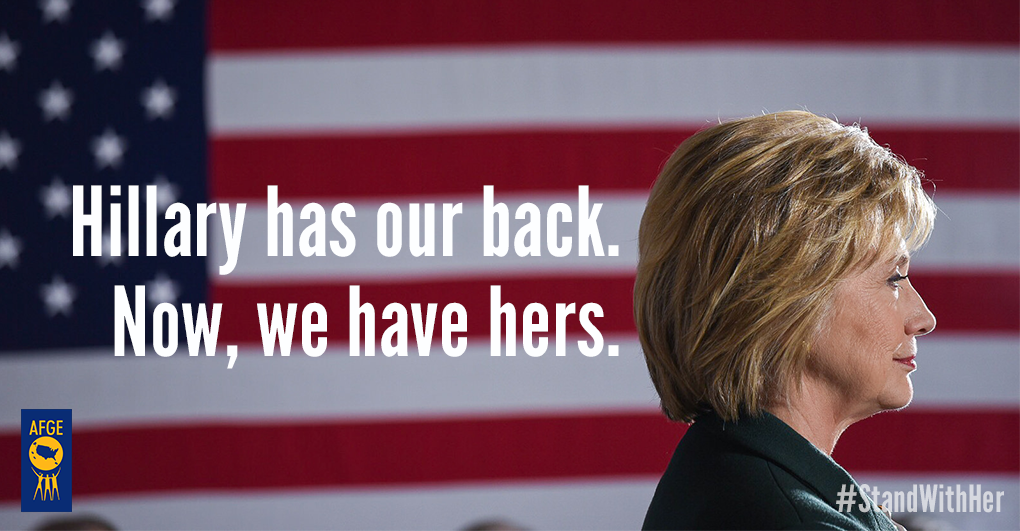 Secretary Clinton told AFGE leaders at a recent presidential forum “I believe in the right to organize and bargain collectively. I think we’ve lost track of what it takes to balance the economy so it works for everyone. Workers need to be at the table."

Clinton also assured AFGE that she won’t let the Department of Veterans Affairs be exploited to satisfy a political agenda. She wants to make sure our correctional officers andTSA officers are safe on the job, and SSA employees can continue to serve Americans at community offices and elsewhere.

Read about her position on government employee issues here.

Secretary Clinton wants to be AFGE's partner in restoring pride in government service, and the time to come together and answer the call is now.

How We Decided to Endorse

We did not come to our endorsement decision lightly. Before we decided which candidate deserved AFGE's support, we reached out to all announced presidential candidates - Republican and Democratic - with a questionnaire to gauge their positions on federal employees. We conducted a scientific survey of our members' candidate/issue preferences, and Clinton’s support exceeded that of the next closest candidate’s by nearly a 2-1 margin. We monitored presidential debates, and held our historic presidential forum with the two candidates who promptly responded to our questionnaires.

AFGE is a large organization with a variety of political opinions, so all endorsements are made on candidates’ stances on the issues alone - not party. We support candidates who support a better life for our members and the public they serve; we oppose candidates who villainize public service and suppress unions, workplace protections, and voting rights.

After reviewing every candidate’s record on federal employee pay and benefits, furloughs, shutdowns, and government services, the AFGE National Executive Council this week voted to endorse Hillary Clinton. Now we need to close ranks and stand by her in what will no doubt be a long fight against a determined anti-government, anti-worker onslaught.

What Other Candidates Have Said about Government Employees 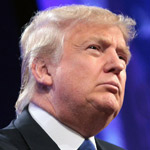 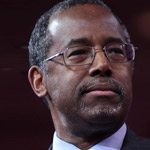 Ben Carson: “I think that’s one of the things that people so vehemently want to get rid of, big government. You know, we have 4.1 million (sic) federal employees.” 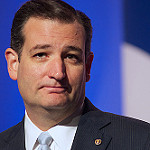 Ted Cruz (a ring leader of the 2013 government shutdown): "Right now, federal employees earn substantially more than the private sector does. I don't think there is any entitlement to take our tax dollars and to live in a privileged condition being a federal employee." 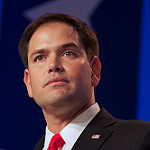 He also authored a bill that would allow VA to fire employees without cause and allow even more retaliation against whistleblowers. 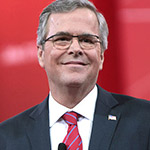 Jeb Bush: He supports ending across-the-board pay raises: “It’s a system in the old ways, rule by inertia and unaccountable to the people. With more than 2 million people on the federal payroll, these programs and these problems carry a heavy cost, and a few serious reforms will go a long way.”

He also wants to make it easier to fire federal employees.

Where Do We Go From Here?

In the coming months, AFGE will be fully involved in mobilizing support for Clinton and other pro-worker candidates prior to Election Day, and we all need to do our part to protect our livelihoods.

We encourage you to join us in knocking on doors to get out the vote, phone-banking, and talking to your co-workers on why it’s important to support pro-worker candidates.