Darrell Palmer is the Northeast Regional Vice President for the Council of Prison Locals C-33, which is made up of locals from Connecticut, New Hampshire, New Jersey, New York, Massachusetts, Pennsylvania, and Ohio. There are 19 Local Unions representing all bargaining unit employees in the Federal Bureau of Prisons. 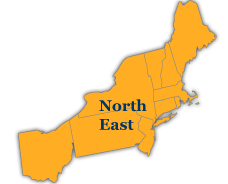 Darrell has been a Union member since he started his career with the BOP in 1990.  The Union is his passion and in his blood; his father was a Union leader and taught him well.  Darrell became a Union Steward in 1992 at FCI Otisville and then he was appointed Chief Steward in 1997.  In 2004, he came to USP Canaan continuing as a Chief Steward until he was elected Union Secretary in 2007.  Continuing at USP Canaan, in 2010 he was elected Union President and then was reelected in 2013.

Darrell has represented bargaining Union employees for more than 22 years and so he is more than aware of what locals deal with on a daily basis.  The rights of everyone who works in our violent environments are utmost importance to him and safety is the number one issue.  He has worked with other locals on legislative issues throughout the country to fight for safer working conditions, fare wages, and benefits.  He was a big part of the establishment with extra staff being assign to the housing units in the Federal prisons across the United States.  He will continue to support his union brother and sisters to fight for their rights and their safety.