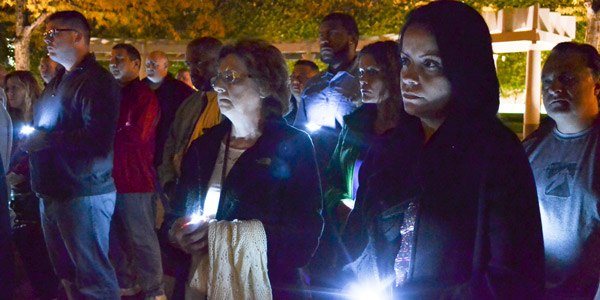 "I feel that after 5 long years, we're finally getting close to closure and justice for the Albarati family,” Young said. "Martínez-Hernández and his crew of eight other criminals purposefully targeted and murdered Lieutenant Osvaldo Albarati for his work busting a smuggling ring inside MDC Guaynabo.”

"Martínez-Hernández came to MDC Guaynabo as a kingpin in the Caribbean drug trade and murdered Lieutenant Albarati as he awaited conviction on drug and other murder charges. Albarati's murder is a key example of how vital it is that we, as correctional workers, are provided adequate resources to get our jobs done. I hope that Congress and the administration see the loss of our brother Osvaldo, as well as the losses of our brothers Eric Williams and Jose Rivera, and take action to safely staff our prisons and equip our correctional officers to carry out their duties on behalf of the American people.”

"I, and the rest of the Council of Prison Locals, will continue pushing for the passage of the Lieutenant Osvaldo Albarati Correctional Officer Self-Protection Act. Our ally, Representative David McKinley, introduced the bill, which passed the House of Representatives unanimously by voice vote. Now it's up to the Senate to do the same.”

“I want to ensure that the 38,000 men and women working as correctional officers in BOP – workers who risk their lives every day – know this administration will provide the resources they need to defend themselves and their families as they commute to and from work, and know the administration will do everything possible to safeguard their lives. Our efforts to push for increased funding for federal prisons will continue until adequate staffing is guaranteed and equipment is provided to keep our officers safe on the job."

Senator Pat Toomey commented that while the Albarati family can take comfort in the verdict, there is still work to be done to keep correctional workers safe.

“The murder of Lieutenant Osvaldo Albarati underscores the danger that correctional officers face every day," Toomey said. "With this verdict, justice was served for Lt. Albarati’s family, but more can and should be done to try and prevent future tragedies like this one. Correctional officers should be able to defend themselves from the criminals who wish to attack them. Modifying existing rules to permit them to carry a firearm while they commute to and from work would certainly go a long way to achieving this goal.”

“Lieutenant Osvaldo Albarati risked his life to keep his community safe every day," McKinley said. “This conviction brings reassurance that his killers will be brought to justice and gives his family peace of mind. We must continue to honor his sacrifice by fighting for the safety of our nation’s correctional officers.”

“Earlier this year, the House passed H.R. 613, the Lieutenant Osvaldo Albarati Correctional Officer Self-Protection Act. This bill directs all Bureau of Prisons facilities to provide a secure area in which officers can store their personal firearms during their shift. Passing this bill will provide correctional officers with one more tool to ensure they make it home safely to their families. I urge the Senate to take action on this important legislation and honor the memory of Lt. Albarati.”

The Lieutenant Osvaldo Albarati Correctional Officer Self-Protection Act would require the BOP to provide gun lockers for correctional workers, so that they can safely store their personal firearms carried to and from work in their vehicles or outside the secure perimeter of a federal prison.

Lieutenant Osvaldo Albarati was the only child of Ramona Casañas, and is survived by his wife Helen Andujar and their three children.

To learn more about the Osvaldo Albarati Correctional Officer Self-Protection Act, and how AFGE is standing up for correctional workers, visit the Safe Prisons Project page at www.afge.org/safeprisonsproject.