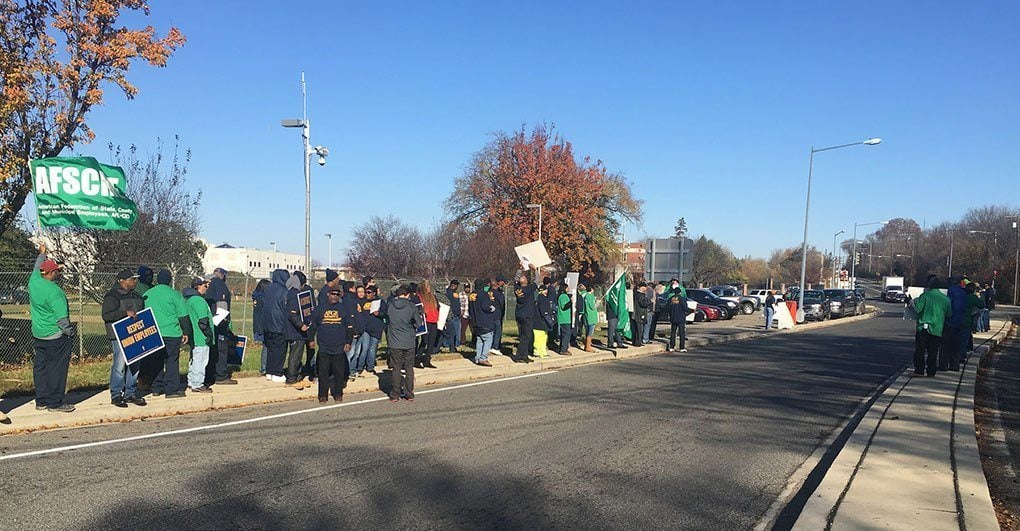 "DC Water has taken a harsh anti-labor stance against their working people who just want the same rights at work offered to non-union employees at the agency," said Union Chief Negotiator, AFGE District 14 National Vice President Eric Bunn. "Since early October 2016, DC Water has employed delay tactics and underhanded maneuvers to deny the majority of their employees the right to negotiate. Not only that, but they are also currently working to strip away the rights and benefits already earned by the hard-working men and women there," he added.

In October 2016, negotiations reached an impasse. Since then, DC Water has refused to participate in the impasse and mediation process with union representatives. The refusal has been followed by seemingly intentional delays and a reduction of pre-existing quarterly meetings to once a year with the Board of Directors Human Resources Committee. And for the second year in a row, non-union employees are scheduled to receive their salary increases in December, while union employees will, once again, receive nothing.

"Today we wanted to let the public know what is happening behind closed doors at DC Water," said NVP Bunn. Adding, "What we're asking for is simple. We want the agency to openly work with us on a new contract, and not purposely delay the completion of our bargaining process, which is delaying compensating the men and women who show up to do their job every day."

To see more photos of the rally, click here.