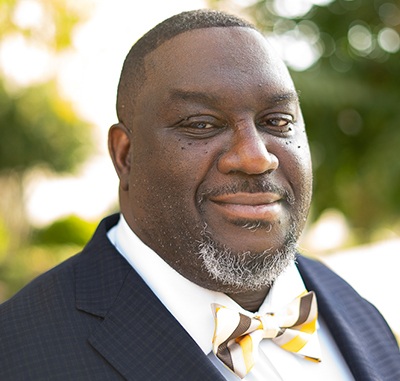 Ottis Johnson, Jr. is the National Vice President of the 14th District of the American Federation of Government Employees; represents workers in the D.C. Metropolitan area and Europe. He was elected to this position in September 2020. NVP Johnson has been a union activist for more than 28 years. He began his activism in 1994 as a steward of United Food and Commercial Workers. In 2011, he began his federal career with the National Gallery of Art and immediately joined AFGE. NVP Johnson held the positions of local steward, local treasurer (current), and local president of AFGE Local 1831.

Johnson continues to be an active member in his union and his community. He is the pastor of New Jerusalem Missionary Baptist Church in Baltimore, MD.; Executive Board Member on the AFL-CIO Metropolitan Washington Central Labor Council; member of AFGE's Veterans Council; former president of AFGE Council 1; member of the Maryland Democrats; member of Coalition of Black Trade Unionists; member of A. Philip Randolph Institute; lifetime member of the NAACP; member of the Coalition of Labor Union Women; presidential-level PAC contributor; member of the Poor People's Campaign, and member of Prince Edward Lodge #1, Prince Hall Origin, Inc.