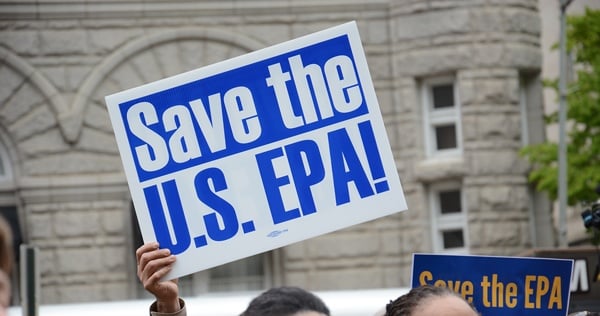 WASHINGTON – The American Federation of Government Employees is vowing to fight efforts by the Trump administration to impose new anti-worker management directives on nearly 9,000 employees the union represents at the Environmental Protection Agency.

AFGE filed an unfair labor practice charge against the EPA on Tuesday, June 25, to prevent the new workplace rules from taking effect on July 8.

“The Trump administration has shown an outrageous pattern of trampling on federal employees’ rights and ignoring the law to dismantle decades of prior agreements between our union and previous administrations,” AFGE National President J. David Cox Sr. said. “This attack on worker rights is especially egregious at the EPA, where engineers and scientists fight every day to protect the air we breathe and the water we drink.”

Many of the provisions mirror those contained in three executive orders issued by the Trump administration that were largely ruled illegal by a federal judge in August.